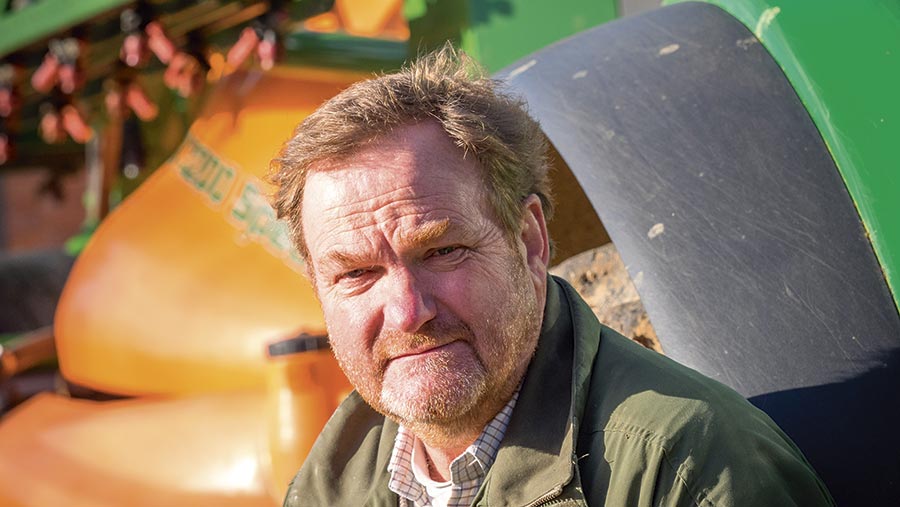 Legend has it that in 1453, as Constantinople faced the advancing hordes of the Ottoman Empire, intense religious and philosophical debate was taking place within that ancient city’s walls.

Theologians were locked in fierce argument about the nature of angels, culminating in the key question: how many angels could dance on the head of a pin?

It should come as no surprise that the city soon fell to the youthful Sultan Mehmed II.

Nearly 570 years on, there was a similar debate raging in the Holiday Inn, Winchester.

It was the Hampshire NFU’s AGM, and NFU president Minette Batters had popped down to give us her views on life, the universe and everything.

There was the usual, but less severe, eye-rolling about Brexit and Brexiteers, some candid and, of course, unrepeatable observations about her dealings with politicians of all calibres, and then talk turned to how we must discuss our day-to-day business activities with the lucrative and well-armed Carbon Industry – and, more specifically, livestock production.

Now, I was brought up with old-fashioned concepts like the carbon cycle, in which plants convert atmospheric carbon dioxide into biomass, which is eaten by livestock, who burp, fart and poo much of it back out and convert the rest to meat, which gets eaten by predators, who burp and fart etc.

It has been going on for millennia, an entirely natural process evolving hand-in-hand with Mother Gaia. Tell Mrs Flindt that her beloved cattle are killing the planet and you’ll get a slap.

So when the question-and-answer session degenerated into a furious stand-up row between Ms Batters and a dairy farmer about how soon herds could become something called “carbon neutral”, I sat there in disbelief.

Would it be 2030, or would it be 2040? It became a key point. The argument was long and heated. I had a Constantinople moment.

There are coal-fired power stations springing up all over the world (mostly in China, to power the factories that build those virtue-signalling solar panels).

There are about 13,000 planes in the air at any one time. There are teenagers bunking off school to cross the Atlantic in carbon-fibre yachts, backed up by jetsetting support teams.

Meanwhile, the farming authorities are debating the carbon footprint of a cow, and they can’t even decide how to measure it.

I would say that the debate is relatively harmless – after all, it took our minds off the cost of that pint we’d just bought at the Holiday Inn’s bar, and proved that Ms Batters is not to be messed with when things get lively.

But here’s the thing: the vegans and veggies have had a rough couple of years. Their key argument – “We don’t kill animals in our diet” – has been raked over and found wanting.

Watch Piers Morgan skewering the hapless Liz Jones on the GMB sofa on this very topic. An extra word has crept into the veggie lexicon of supposed moral superiority.

“We don’t kill sentient animals” is the new claim, and, not surprisingly, it doesn’t have the same power; the moral high ground has slumped somewhat.

How thrilled the anti-meat movement must be that a whole fresh line of attack has developed over the last couple of years.

They can join in with bizarre and unquantifiable claims about “carbon neutrality” and “meat is killing the planet”, safe in the knowledge that these claims are being agreed with and even reinforced by farming’s great and good in a frenzy of moral self-flagellation that wouldn’t have looked out of place among the religious fanatics of 15th-century Constantinople. And we know what happened to them.