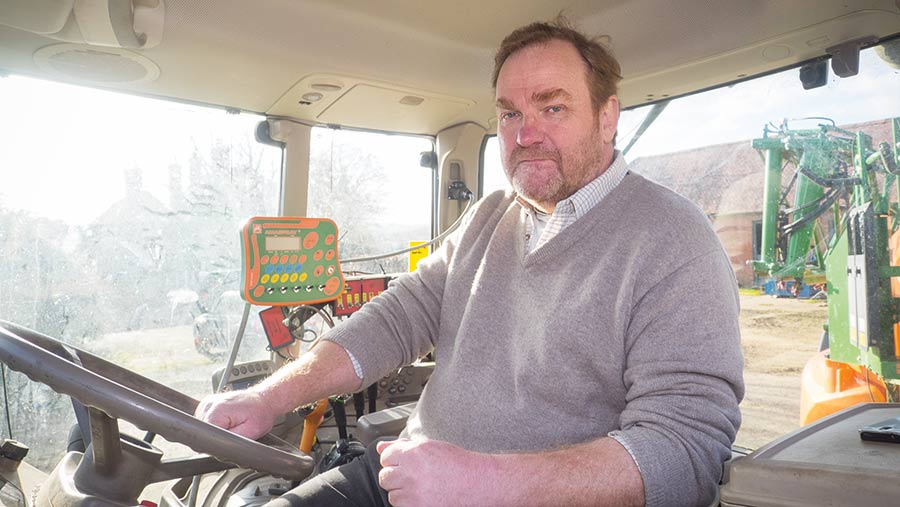 We’ve all done it: had a few drinks over the Christmas break, found ourselves alone in the office, gone on the internet, pressed a few buttons that we shouldn’t have pressed, done some research into things we shouldn’t have researched, got in touch with people we haven’t spoken to in a long time.

It’s dead easy to do, with an adrenaline/alcohol-fuelled rush of blood that somehow blots out any thoughts of unfortunate consequences.

Shame? Embarrassment? Family rows? Naaah – I’ll worry about that later. So, yes, I have to confess: I bought another drill on the internet.

For some time, I’ve been looking for a four-metre version of the Horsch CO3 that has done me so well over the past six years.

They are usually gone from the showrooms – real and virtual – as fast as they come in, as was the case with the one I spotted on the web in late December. I emailed to express an interest, and had a call back within moments.

“That’s sold, I’m afraid, but we’ve got a nice ST4…” I checked it out: too pricey, and I said so, along with all the usual stuff – kids need new shoes, I’m a poor tenant farmer.

The price came down a bit. I suggested that I kept my old CO3 as a bean-only machine. They liked that, too.

Time for my trump card: how much is the 1985 3m Vibraflex worth as a trade in? “We’ll lop a bit more off if you DON’T trade that in!” was the panic-filled message. (That old bit of Kongskilde kit has earned a small fortune by not being traded in.) Done.

At 3am, the doubt set in. Can I justify it? Will it really pay for itself? And then the big one: how will I tow it?

My 2012 Deere 6630P handles the CO3 on our assorted soils with ease, but another metre’s width? I’m going to look a bit daft up on the Stanmore clay if it bakes out like last autumn. I’ll need more power.

The next day, I started my research. How about uprating the 6630 from its 135hp? Five more minutes on the web forums, and my head was spinning.

There’s chipping and remapping, there’s tractors that consequently ended in the scrap skip a week later (with main dealers refusing to touch ’em), others that happily notched up another 10,000 hours.

Mine has reached peak gasket (3,000 hours), so that might need doing, along with coolant change and valve resetting.

But adding up the cost of all these updates and services, I realised that I was rapidly heading towards the first year’s payment on a new tractor. Hmmm, a new tractor, with warranty, and new tyres, and a seat that doesn’t sound like a duck, and a wiper that wipes.

I tiptoed to the office door and shut it as quietly as I could, and started trawling the online brochures.

Some hours later, I re-emerged, looking somewhat flushed and befuddled. “What on earth were you looking at in there?” asked Hazel.

“Oh, nothing much,” I said, as nonchalantly as I could. “Just renewing my subscription to Russian Babes dot com.”

“Blimey, that’s a relief,” she said. “For one awful moment, I thought you’d gone completely daft and started looking at another new tractor.”

How we laughed. I’m not absolutely sure, but think I got away with it for now – until the new drill arrives, anyway. I’ll worry about that later.