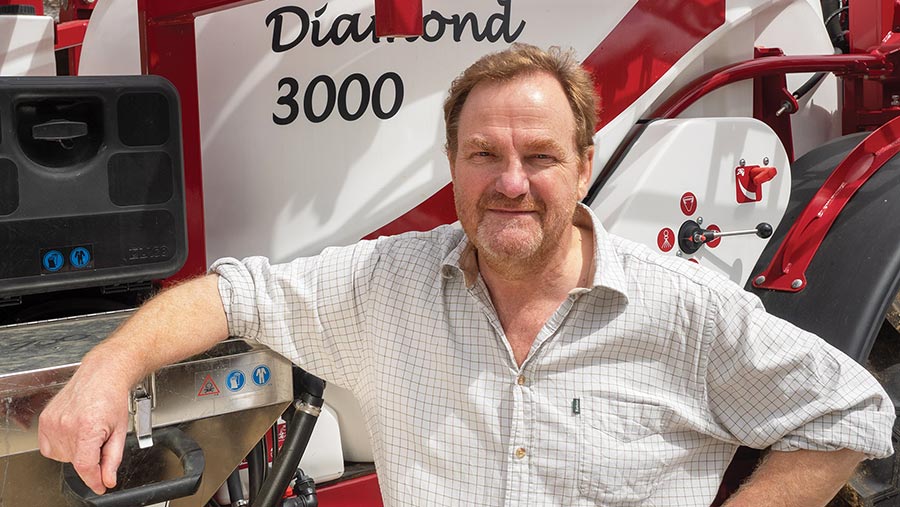 It’s a damn good thing that the RPA are being generous and flexible about SFP submissions (possibly taking their cue from other agencies such as HMRC for tax, and DVLA with MOTs) because the Chemicals Regulation Division (CRD) have been somewhat less than accommodating in the face of exceptional circumstances (ie the nation’s cropping plans in disarray).

You see, I was just settling down to the traditional job for mid-May – getting my head round the RPA application – when Tod the Crop Doctor barged his way into the kitchen. (Metaphorically, of course – he actually drove into the yard and perched on a staddle stone.)

He looked a tad worried, so I went out to take my place on a neighbouring staddle stone. “Remember that huge batch of chlorothalonil we got in back in November?” he asked.

“Of course,” I said. “It was stuff we bought before selling it became illegal, with a plan to spray it before using it becomes illegal. What’s the problem?”

It was odd hearing words normally used by Tony Robinson coming from a man who would win the All-Hampshire Ben Elton Lookalike Competition hands down, but this seemed not the time for such jovial observations.

Soon, his paperwork arrived. Everything that could be sprayed with Bravo/Rover had to be sprayed. Not because it needed it (and there’s no sign of a wet and windy breakdown to justify it in advance), but because of bureaucratic intransigence.

If it wasn’t out of the store by 20 May, it would mean paying for specialist disposal (rumoured to be incineration or landfill, but we’ll let that pass).

So, for the first time in my career, I went out and did three days of spraying with absolutely no agronomic justification.

I then did some digging on the back story to chlorothalonil’s ban – and it all got a bit baffling. It has been around for half a century, and while other bright, new wonder fungicides have come and gone within a couple of years, it has plodded on, keeping crops of all sorts clean and healthy.

True, it has made it on to the list of IARC Group 2b carcinogens, but it’s in good company in that particular hall of shame; you’ll find the chemical that powers Helen Browning’s Land Rover and Riverford Organic’s tractor there, too.

Then it got really confusing. The most frequent condemnation of chlorothalonil was a quote from the Swiss Federal Office for Agriculture, who had decided that, following examination of the additional data by the Office for Food Safety and Veterinary Affairs, “It is not possible to exclude that some chlorothalonil by-products do not have a long-term negative effect on health”.

Now, call me a pedant, but if you strip out the double negatives, doesn’t that say exactly the opposite of its widespread interpretation – and the key reason for the ban?

The last-ever litres of chlorothalonil went needlessly on to a field of wheat, teeming with hares, skylarks springing from the canopy, and lapwings (making a welcome lockdown return, although their chicks will be heartbreaking buzzard and badger fodder) doing their “broken wing” flight pattern.

All of them suggesting – to this spray operator, anyway – that decades of chlorothalonil use hasn’t done much harm to the environment at all.

It’s daft. It’s absurd. It would make a great comedy sketch. Where’s the real Ben Elton when you need him?