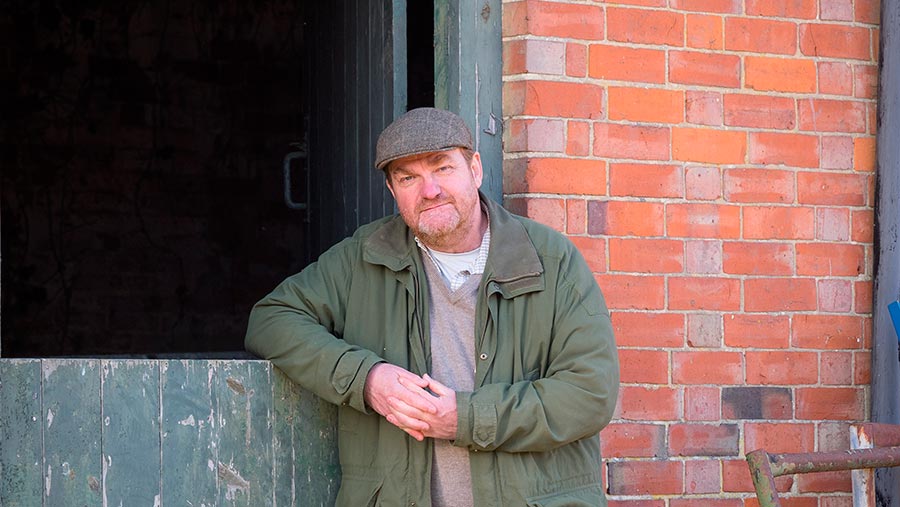 You know what we farmers really need? Our own film channel. Let me be more precise: we need a channel dedicated to movie-loving farmers who are of a certain age.

Picture the scene. Tea is finished. The dogs have done prewash on the plates. The wrapper from yet another packet of chocolate Hobnobs is thrust into the bin (odd – we only opened them 10 minutes ago), and Hazel scans the TV pages.

“What’s on tonight?” she muses. She spots a good film on at nine, and we decide we’ll give it a go.

At about five to nine, we’re tucked up in the sitting room, fire blazing, cats and dogs in position, waiting for the opening credits to roll on the evening’s blockbuster.

We’ve got the big and slightly naff TV screen (looking slightly awkward in its Georgian surroundings), and the proper surround-sound stereo all ready to go.

But by 10 o’clock, as if by magic (and I suspect this happens in most of the nation’s farmhouses), the whole room is sound asleep.

One of us is snoring for Britain, but I couldn’t possibly say who, because she’d give me a smack round the head.

As a result, thanks to multiple repeat viewings, we know the first hour of a whole catalogue of films off by heart.

We could win on Mastermind if our specialist subject was the first 60 minutes of Oblivion/Arrival/The Green Mile/Fargo, any of the Aliens, or anything by Tarantino.

For instance, I know that a Royale with Cheese is nearly valid in France, and Red is the only guilty man in Shawshank.

But from the hour mark on, I’ve not a clue what happens in any of these films. Does the hero escape, or die, or get the jewels? Does the Titanic sink? (Don’t ruin it by telling me.)

“Record it, and watch it later,” you cry. Alas – remember the “certain age” bit? I am now completely baffled by the average TV/video remote control, and it’s as much as I can do to find on/off and the channel selector.

(After 14 months with something called a “smartphone” I have yet to move on from answering calls and taking pictures – and even then I get them mixed up.)

I refuse to subscribe to satellite (24-hours-a-day live cricket? That would be the end of my farming altogether) so we have to make do with perfectly adequate Freeview.

So here’s the plan. When I’m head of Ofcom, once I’ve done dismantling the loathsome BBC, a new film channel will be provided that broadcasts the same film at 9pm the next day, but starting where we all fell asleep.

It would be a sort of “+23” channel, although that suggests a full restart from 8 o’clock, and Pulp Fiction’s wisdom on foot massages is definitely only suitable for after the watershed.

Similar channels have existed in the past: back in the glorious days when Channel 4 brought us cricket coverage, they’d have a +1 channel for those who got in late, and a +24 channel who missed the whole evening.

In fact, watching them in reverse order gave you two whole hours of white-flannelled heaven.

Mind you, the latest blockbusters last well over the two-hour mark – so we’d still miss the end. The solution?

Another channel – one that starts with the missing minutes from where we fell asleep watching the second hour that we missed the first night. Simple.