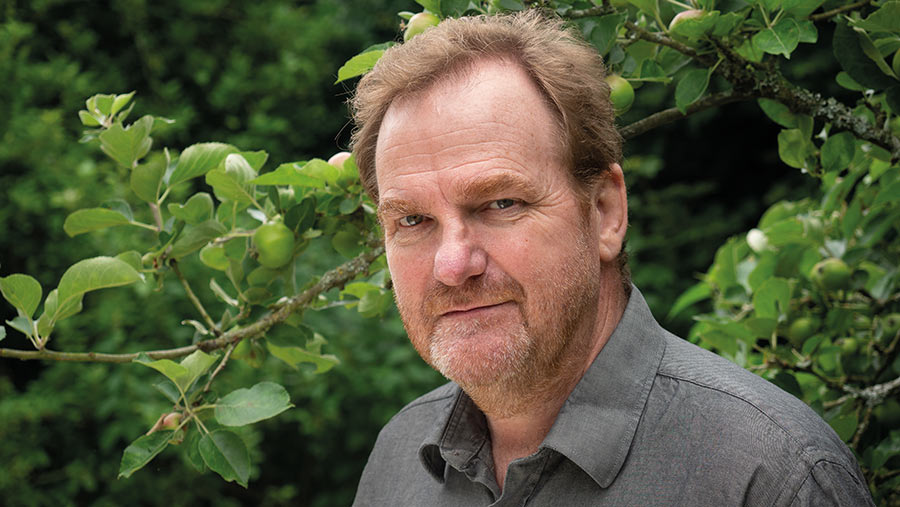 There was definitely something odd going on down at New Pond, the three-house hamlet that sits in the middle of our farm next to our grain stores.

I could see all sorts of comings and goings from my tractor cab. I was supposed to be working on some arrow-straight hedgetrimming on the rock-hard frozen ground in the fields nearby – but kept getting distracted.

There were cars creeping along the lanes, pulling into gateways, people getting in and out, and walkers going very, very slowly, and pausing a lot.

All very curious. If Transits and long dogs had been involved, I’d have been 999-ing; but this seemed different. It was a good thing it was a freezing February day, and not mid-harvest – it would have been traffic chaos.

When two figures left the footpath and ambled across my winter barley and into a wild bird strip, I decided that I’d go and have a word – and possibly find out what on earth was going on.

Folding up the hedgetrimmer is not a job to be hurried –  many broken back windows over the years will attest to that – but these two weren’t going anywhere, so I had plenty of time.

“You seem lost,” I suggested when I caught up with them at the top of the field. It’s a nice neutral opening line that quickly establishes how the conversation will go from there on in.

“No, we’re not; we’re birdwatchers” was the confident but logic-free answer. Mind you, the huge binoculars and sturdy outdoor gear were a bit of a giveaway.

“There’s a great grey shrike round here somewhere. It’s on the internet.” I feigned astonishment, and then managed to persuade them to return to the track – just in case any Trust visitors spotted them and assumed that’s where they should walk, too. It was all very amicable. 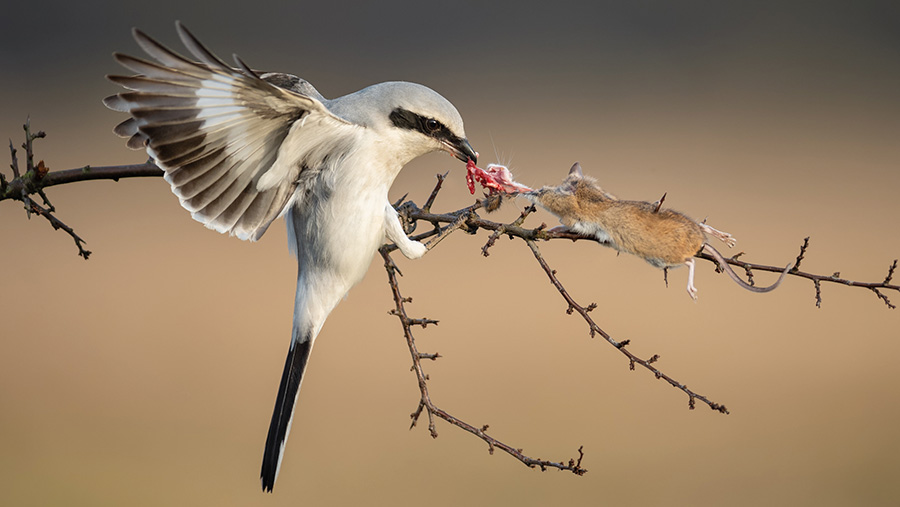 Back indoors, I did some Googling, and the shrike was indeed all over the twitchernet, complete with excited eyewitness accounts and map references. That explained New Pond’s popularity.

The reason I’d “feigned” astonishment was that I’d known about the shrike for some days.

A friend who swaps expensive Beretta for even more expensive Zeiss at this time of year had been on the phone, almost too excited to talk – he’d seen it during a yomp round the farm.

We compared notes: he used the internet, I used Dad’s precious 1920 copy of TA Coward’s The Birds of the British Isles.

Birds of a feather

We agreed that the shrike was a significant visitor. They’re gruesome, too, impaling their prey – including bumblebees – on thorns in their “larders”. There’s a hint of Predator about them, although the Schwarzenegger reference may be lost on Mr Coward.

Being old-school, we felt no urge to tell the world. Daft, really; we should be shouting it far and wide.

A comprehensive list of the temporary and permanent wildlife out there, on my chemical-heavy farm, would be a splendid poke in the eye for the “farmers have killed everything” brigade.

But I’m still reluctant, and not just because of the traffic chaos and inconvenient footfall that would ensue.

After all, I’m the man who decided not to join a “green” farmer group after the organiser’s reaction to our healthy barn owl population: “Fantastic; we’ll find them and catch them and weigh them and ring them and…”  No; let’s leave ‘em be.

After a few days, the twitcher traffic died down and stopped. One internet report spoke of seeing the shrike being chased off by a sparrowhawk. That’s a relief; I’m planning to get chemical-busy this week. I need my gateways uncluttered.