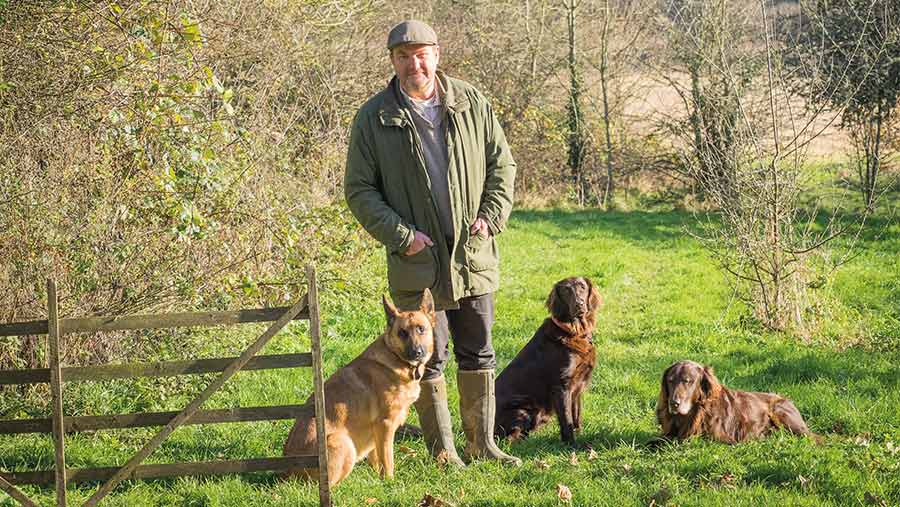 Even though we abandoned long ago a strict eight-til-five/five-day working week, there is still something significant about a Monday morning.

I mix up my porridge and push it around in a pan on the Aga’s slow plate, contemplating the week ahead, and giving thanks that I’m not one of the poor souls wedged on to a train to London – as most of my well-to-do neighbours are.

My delicious oats were just firming up (quiet at the back, please) a couple of Mondays ago when a large white Mercedes drew slowly into the yard.

It seemed a tad early to be entering negotiations for scrap metal or having the driveway done, and the Malinois (on her usual lookout platform just below the kitchen window) hadn’t gone ballistic – so it was safe to assume that it wasn’t up to no good.

He was desperately looking for the owners of a couple of chestnut horses that were loose in a neighbouring village. Did we know anything about them?

He’d managed to shoo them off the A272 into a field at the bottom of our hill, but they seemed pretty wild. We thanked him for the heads-up, and Hazel hit the phones.

The good people of Bramdean had been chasing these two bewildered animals for some hours, as it turned out. There were Facebook postings, confused texts and messages, and a mass outbreak of Chinese whispers; the horses varied from chestnut to black, and numbers varied from two to about six.

My second pan of porridge (the first got burnt while we were chatting to the man in the Merc) was just simmering when the Malinois made an odd noise, halfway between a bark and a whimper.

“I think you should see this,” she was trying to say. Just outside the window were two of the most beautiful almost black horses, one big, one small, calmly tucking into the nasturtiums.

This came as no surprise to me though; as long as I’ve lived in this old farmhouse, it has been an animal magnet. Lost livestock of all sorts will instinctively head to our back door.

Sheep in ones, twos and tens, herds of cattle, lost dogs… When I win a million billion on the lottery and buy the farm, it’s going to be renamed St Francis’ Farm.

Breakfast was once again abandoned as we rushed out to grab them – but there was no need to panic. They were calm and content, even letting a man who had been traumatised by Pony Club Camp in 1974 give them a stroke and a pat on the neck.

Hazel fashioned a halter for the bigger one from a dog lead, and with little’un faithfully following, walked them to safety in the Back Meadow.

I started yet another pan of oats while Hazel hit the phones again, and within five minutes a Defender arrived, disgorging worried owner, distraught teenager and a horsey friend – two bearing proper halters to walk the beasts home, one bearing an expensive-looking bottle of rosé as a thank-you for helping out.

“Don’t be silly,” I half protested. “It’s what you do!” I was actually worried about my rufty-tufty reputation – I’ll drink it when no one’s looking.

Saucepan number four (five?) was worth the wait. As the mix of porridge and milk vanished under a thick layer of demerara, I couldn’t help chuckling to myself. Farming, eh?

Just think, in another life, I could have been stuck on the 6.02 from Winchester, and just reaching Waterloo.

I nearly broke open the rosé to toast the soul of the old farmhouse, but 7.30 is a tad early for that, too.