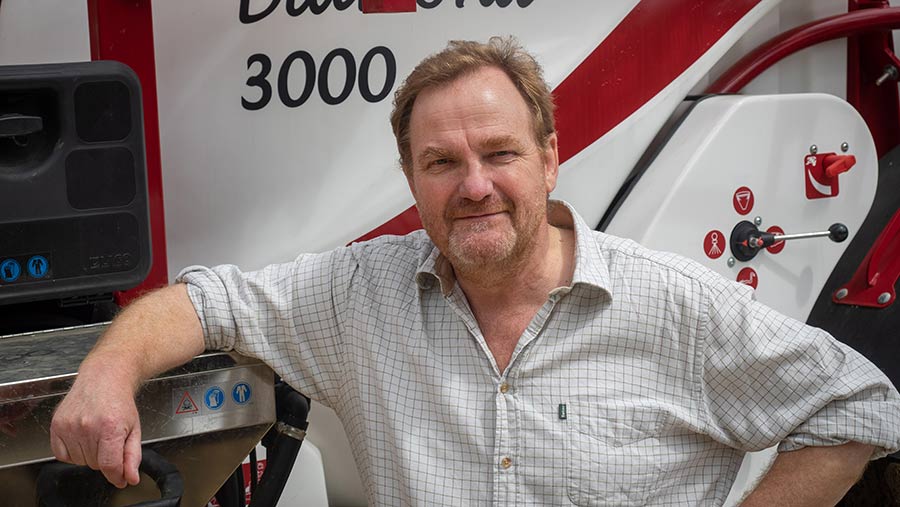 Something didn’t seem quite right as I folded up the sprayer booms on an early September day.

It had been a successful tank – no blocked nozzles, no walkers, fantastic hits from 1979 on Wave105, the perfect amount of water in the tank, and just one out-of-control springer from Kilmeston running loose in the last field. (Trust me: just one is a result.)

What was troubling was that I was out there at all. I had had to abandon combining for the morning (mind you, the spring barley was still a bit chewy) and rush out to the oilseed rape with insecticide in an attempt to save a crop that had – until then – enjoyed the perfect start. Perfect, until the flea beetles arrived.

But even that isn’t unusual. We knew it would happen at some time after the neonic ban – it was just a question of when.

What was bugging me (if you’ll excuse the pun) was the fact that it was another symptom of one of the most insect-laden summers I’ve ever known.

Never mind the flea beetles and the bruchid beetles, we’ve had a roof full of wasp nests, hornets hurling themselves against the outside floodlights, horseflies giving the Hinton Ampner woods a bit of break from National Trust hordes, flying ants clogging up the pool filters and clouds of thunderbugs turning any outdoor job into a scratchathon.

The shepherds have had a terrible summer with blowflies, the dogs and cats have struggled with harvest and ear mites, and Cain the cat has been generously sharing his fleas as a “thank you” for sharing my bed.

Then there was the National Trust butterfly-counting lady, almost speechless at the fluttering clouds surrounding her as she stood on a scruffy piece of Drier Field’s boundary, struggling to tick all the boxes on her clipboard.

But here’s the thing: 12 short months ago, the media was being carpet-bombed with doom-laden horror stories of the end of the bugs.

“Alarm over decline in insect population” said the BBC in October last year. “Insects disappearing at an alarming rate” claimed the i newspaper in the same month, and The Guardian – with its customary restraint – cried: “A giant insect ecosystem is collapsing due to humans.”

And every single story backed up its claim with something called the “windscreen phenomenon”: once upon a time (the writer would point out), any car journey would involve a bug-splattered screen. Not any more. And within a few sentences, farmers are getting the blame.

The “windscreen phenomenon” was reinforced by a tsunami of astonishingly similar letters from readers, all from drivers claiming to have experienced the same thing.

They wrote to national papers, local papers, magazines; if memory serves me right, I think we had one in Farmers Weekly.

Well, the insects are out there. I’ve got the stings, the bites, and the wrecked crops to prove it. I’ve been out and had a look (the same reliable scientific technique that is used to disprove other eco-claims such as “there are no hares”, “it’ll never snow again” and “all the topsoil is vanishing”).

And as for the widely quoted “windscreen phenomenon” – well, we’ll ignore the fact that driving above 40mph is all but impossible these days, and consider the side profile of a Ford Cortina and then that of a Honda Civic.

Consider the airflow. If your screen is free from bugs, it’s not the farmers’ fault. It’s aerodynamics.