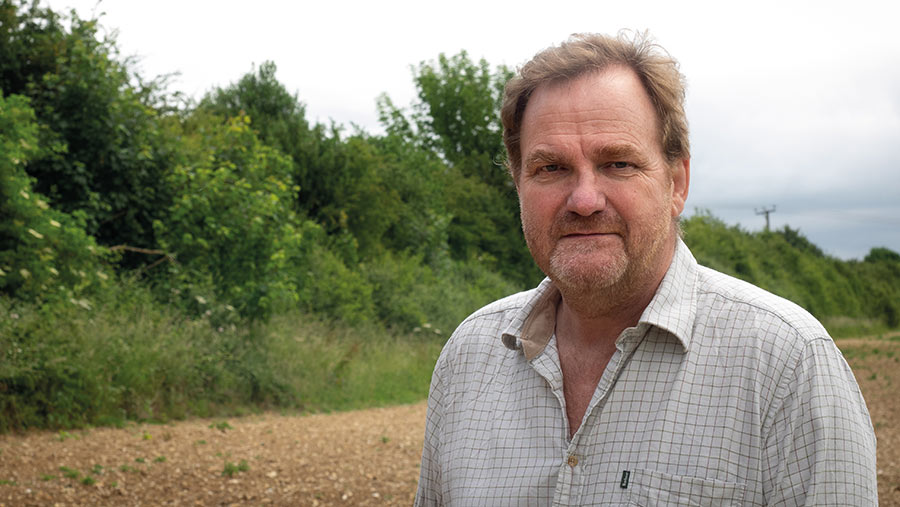 In the unlikely event of Flindt Towers ever being selected for the excellent “What’s in Your Shed?” feature, and we get asked, “What’s the most important machine on your farm?”, the answer wouldn’t be the combine, or the Deere, or even the compressor; it would be the shower.

It works its socks off every day, sometimes several times a day (especially when fitness-crazy children are at home), turning the pathetic hilltop water pressure into something fit to clear off sweat and grime – and occasionally more.

Take last week, for instance. The harvest lull was officially “on” – an extra-long one this year, with no winter barley.

All gates were shut, the Roundup had gone on the oilseed rape, and, at last, the sprayer was hitched off. And that can only mean one thing: roadside hedgetrimming – and the hedgetrimmer is the last of the “nightmare hitch-on” machines.

These days, thanks to electric controls, quick-fit hydraulic connections and the wonders of lower link hooks (hat tip to Herr Walterscheid), most machines are on and off in a flash.

Popping the trailed sprayer on for half a day’s spraying is inconvenient, but not difficult. The Horsch drills are the same; pipes and cables aplenty, but keep ’em colour coded and Bob’s your uncle.

But the hedgetrimmer? First, there’s the tiny matter of the close-coupled subframe – vital, I know, for rigidity and strength while colliding with telegraph poles, but still flipping awkward to get adjusted and level. Then there’s the PTO, which on my machine is 10 times heavier than it needs to be.

When I bought it, I didn’t bother with expensive fingertip-operated electric controls – on both my previous machines the only things that ever went wrong were the electric boxes. One of them was cheap to repair (“Got a nail file, Hazel?”), the other not so cheap (“Oooh, that’ll have to go back to Italy, Sir!”).

So this time I went long-handle Bowden cables. Much cheaper, but not easy to thread en masse into the cab and then fix with silage bag ties. Especially when you’ve accidentally left them looped under the subframe and you have to start all over again.

I still had the rotary saw head on, too, left over from those far-off carefree sunny September days of lopping limbs and not worrying about the rain that was imminent. I remember thinking that it would only be wet for a day or two. Little did we know.

Removing the saw head and replacing it with the proper flail head is another job not to be done too often, mainly because of the oil’s incredible ability to get everywhere – combined with its distinctive smell.

By the time I was finished, my back and hamstrings hurt, I was filthy, several fingers had had the lynch pin snap (bad language alert), and I was reeking of Eau de Tellus. And plans were brewing for a third tractor, to be bolted permanently to the hedgetrimmer and sod the cost.

The only solution? A hot shower. Ten minutes later, the aches and pains had been soothed, the grime and dirt had been scrubbed away, and the icky oil smell had been replaced – or smothered – with Herbal Essences’ Argan Oil of Morocco.

I can’t wait to tell the “What’s In Your Shed?” team at FW all about it. We might have to organise a tasteful picture of it in action. Then again, maybe not.