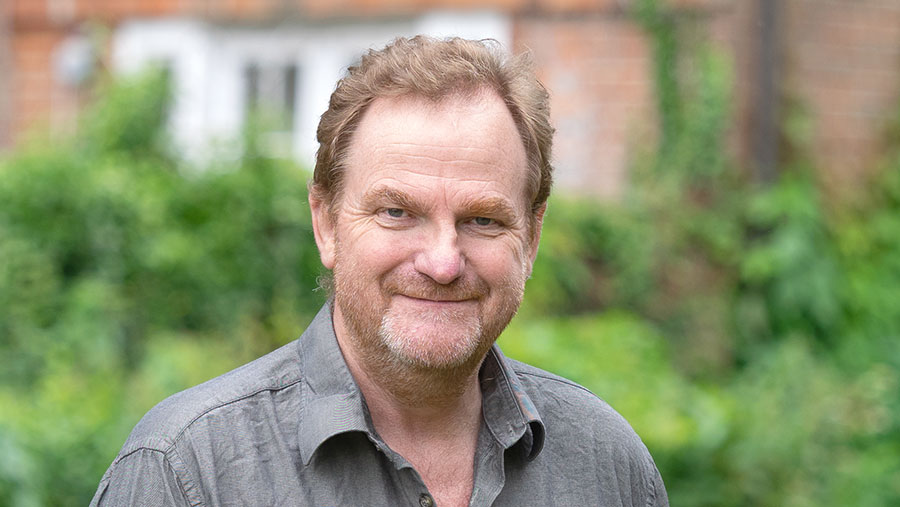 It’s time for the “harvest in one word” game.

There’s “scary”, of course, for when the combine nearly caught fire, taking half of the south of England with it.

There were plenty of smoke stacks around the horizon as the year went on to suggest that others weren’t lucky enough to stop the fire – or, “unlucky”, depending on your views on farm insurance.

Next-door neighbour’s combine started dropping little flaming pockets of linseed as it went across the field; truly the stuff of 3am nightmares after a dodgy pint.

There’s “unlikely”. When the fan variator ram upper bolt sheared off, we were as far away from the barns as it is possible to be.

But in the tractor toolbox, for no reason at all, there was the perfect-size bolt, with two nuts, and a beefier 10.9 instead of 8.8.

Goodness knows how it got there, but we were up and running again in 10 minutes.

The peas were “unexpected”. They were 3ft tall, fed into the combine like a 17ft-wide Rice Krispie cake, yielded reasonably and went for human consumption – the very opposite of my spring predictions.

Hazel’s reply to my suggestion that we should be baling the haulm was “unrepeatable” – apparently, we’d got quite enough stuff in the barn, thank you.

The little New Holland combine was “consistent”. It spent all 675 acres telling me, via a flashing error code, that some pressure sensor is faulty.

It has done that through every one of its 10 harvests, and I don’t think we’ve even got that sensor fitted. Still, apart from that, and the sheared-off bolt, it was “faultless”.

The wheat was “resilient”. After the mid-August rains, we tiptoed into the Crusoe.

The first load went as feed, but the rest made assorted grades of milling. Never mind the premium (or lack of it) – it’s a target achieved.

It is worth mentioning the August weather: the wind and the rain meant a bit of a convenient break, a chance to try sowing some OSR, and only one night (out of four) kept awake by next-door-but-one neighbour’s little 4am-finish, five-day party for 60,000 people. Let’s call it “handy”.

Let’s talk logistics, and call them “smooth”. We got up, greased/fuelled up, loaded a couple of lorries for Trinity Grain, refilled the tipping barn by dusk, got cleaned up, and went to bed.

Sometimes I worry about growing too many different crops, but there was always a crop that was just ready to combine, but never a crop being spoiled by not being combined.

True, the late Zulu wheat was mostly feed, but it was clean, dry, standing and the dust was still white. We hopped around the farm, from field to field, and every crop looked just right.

And, talking of the Zulu, how about “convenient”? There was a day, at the end of August, when it was absolutely vital that I was in Eastbourne (don’t ask).

I also had a press car to test (for another magazine), and I hadn’t even sat in it. But there was an empty barn, and a block of wheat.

Just as I was planning to have a not-quite-right, harvest-free day, neighbour Robert Jnr rang; he’d booked a demo monster thermonuclear-powered New Holland, but had no wheat left to cut.

By evening, everyone had done exactly what they wanted, and the barn was full again.

All in all, if the Good Lord had appeared at my shoulder as I was sweeping the last barn eight weeks ago, and offered me that harvest, I’d have had one word for Him: “Agreed.”