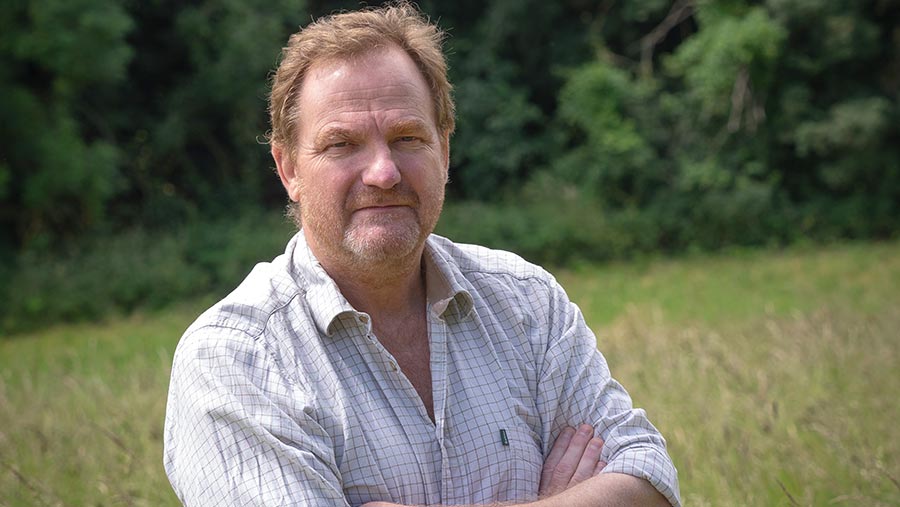 The 3m Terradisc must have wondered what on earth was going on. After many years in the undergrowth, with only rabbits, mice and the odd confused Japanese infantryman for company, it found itself being hauled out into the light.

When it first arrived here in the 1980s, it was the star of the farmyard. I seem to remember straw burning had just finished, and it was hailed as the wonder-tool of the day for incorporating thick mats of straw.

Anyway, over the years, it fell into disuse. Some people still swear by them, and the design is now available on a dozen different marques, but we found a simple set of mounted 3m discs is better preparation for today’s drills.

Out from the saplings it came, rear roller spinning freely as if it had been greased yesterday, and with enough metalwork to cover a good few acres before we’d have to find new wings or feet.

As it happened, we’ve got a healthy pile of spares. They’ve been sitting in a heap waiting to go back to the dealer; some bright spark had hard-faced the underside, which is a fat lot of good. Unfortunately, I’ve forgotten which dealer I got them from.

The little Lemken must have thought Christmas had come as we set off to White Hill to hit the wheat stubbles. But after a turn or two, it got confusing again.

Initially, the job had been perfect – nice and smooth and regular. But I kept jumping out and dropping the rear levelling discs lower and lower, and only once I’d ended up with nice loose ground interspersed with quite deep trenches did I feel satisfied.

So what has caused this outbreak of deliberately poor soil preparation? And, bearing in mind that White Hill is pencilled in for spring barley, why am I suddenly so keen on what might be described as “recreational cultivation”?

After all, my soil guru at university was the legendary Professor Alan Reece. “Tractors are brilliant things,” he would explain, bouncing round the lecture room in a dull redbrick block in Newcastle upon Tyne. “But the worst thing you can do with one is drive it across a field.”

(I once accidentally handed in some work to the mad Prof with a betting slip left between the pages. It came back with a note scribbled on it: “I’ve checked – you didn’t win. Otherwise I’d have cashed it.”)

The depressing truth is that all that diesel, time and wrongly hard-faced metal is being used up on a completely non-agricultural mission.

The hare coursing season has started, and among the half dozen or so cars that paused to watch my masterclass in deliberately incompetent seed-bed preparation was a Transit, convincingly decked out with orange beacon and tipper bed. Yes, it was the “rural criminals”, checking out one of their favourite coursing sites.

And there is nothing that stops these “rural criminals” (and was there ever a more lame euphemism for these people? Greengrass from Heartbeat they ain’t) exercising their self-declared right to drive all over our fields. Locks? Smashed. Chains? Cut. Gates? Nicked. Old farm implements? Ditto.

So, it’s last resort time: the mission is to leave the ground too rough for the inevitable midnight Subaru and its long-legged canine contents. Will it work? I’ll know within a couple of weekends.

I might win that battle, but the war against “rural criminals” is being lost – and we (unlike the Japanese infantryman) all know it.