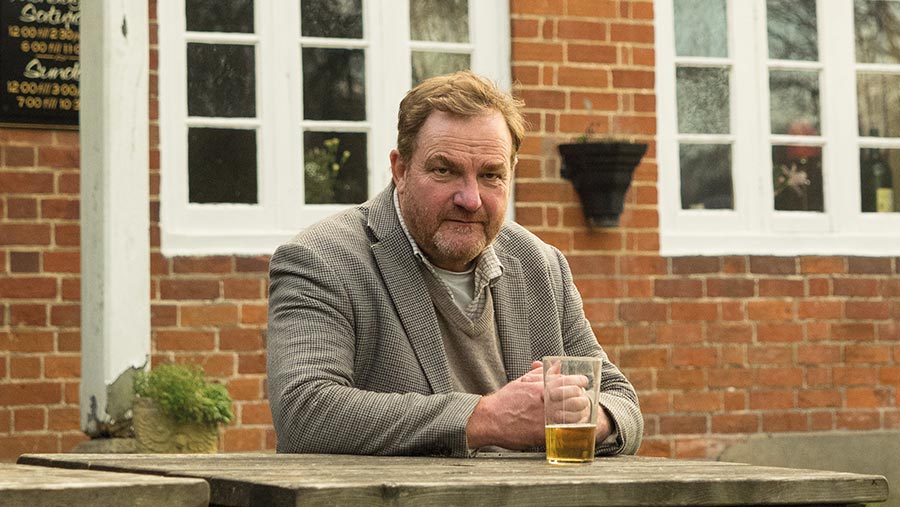 “You? Here? Congratulations!” said the man in the mask, visor and yellow tabard as I arrived at Winchester’s Holiday Inn for my antivirus injection.

What a nice welcome. “Gosh, that’s awfully kind of you,” I stammered. “But I thought it’s the least I could do – for the common good and all that.”

He looked at me as if I was stark raving bonkers, and then tried again: “You here for vaccination?”

I apologised for being half-deaf, mumbled something about sitting too near Ian the drummer during band rehearsals, and meekly followed his directions into the reception area.

Mind you, congratulations were actually in order. Only a few weeks ago, I was central Hampshire’s biggest critic of the vaccines.

I’m not saying I was a conspiracy theorist, but my collection of metallic headwear had grown considerably after all the usual shady suspects (Messrs Blair, Gates and Schwab) had started telling us to get jabbed.

Despite calls and texts from the doctor’s surgery, and disapproval from nursing and veterinary friends, and – it must be said – some lively debate in the kitchen with the lovely Mrs F, I’d refused to have one, despite being old-ish, fat-ish, and with a medical condition that made me high risk.

But suddenly there I was, stripped down to manky T-shirt, getting ready for the jab.

What had caused this sudden U-turn? A medical revelation? Hazel’s powers of persuasion? A personal call from Tony Blair singing the praises of the Great Reset (aka “Build Back Better”)?

No – but it was another politician that convinced me. I saw a clip of Michael Gove being interviewed by Kay Burley.

“Do I need to have a vaccine passport to go to the pub?” asked Ms Burley. Mr Gove’s answer was a firm one-word: “No.” “Will I need to?” she continued. Once again, Mr Gove was quite clear: “No.”

That was quite enough for me. We can now say, with 100% certainly after Mr Gove’s words, that we will need vaccine passports to go to the pub.

Rumour has it that the days are beginning to draw near when neighbour Robert and I will adjourn to the Jolly Flowerpots (or the “Megapots” as it is now known, after some monumental enlargements being done over lockdown – I do hope our cosy corner of curmudgeonliness has survived) for a long-overdue Tuesday beer. Sometimes, you just have to swallow your pride to swallow a pint.

I ran through my bizarre list of allergies with the two ladies in charge of administering the fateful prick, gave them an emergency contact number in case I keeled over like a sack of spuds, and apologised for the strong smell of diesel – I’d been doing an in-field tractor refuel earlier in the morning.

“Don’t worry – we’ve had naked flame training!” was the brilliant reply, quick as a flash.

We all had to do a 15-minute sit-down once it was over, so I found a chair, nodded at a few people I thought I half-recognised via half a face, and watched the clock.

As the hands seemed to slow almost to a stop (which was a bit creepy in itself) I remembered a phone call I’d had the week before last with my old chum the Colonel, who’d rung me in the tractor for a catch-up. He asked if I’d had the jab yet.

“No chance!” I said. “If Bill Gates thinks he’s getting a chip into my bloodstream…” At that very moment the phone was cut off. Odd. Very odd. Where’s my tinfoil flat cap?