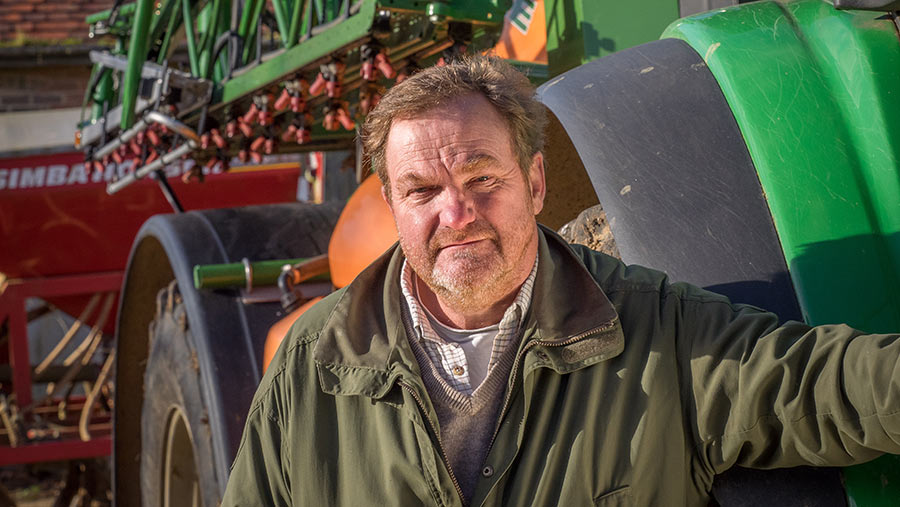 One thing has become blazingly obvious after a couple of weeks trundling slowly round the farm with my hedgetrimmer – this is going to be a challenging harvest.

It’s nothing to do with the crops, of course – although it’s true some of them will leave us scratching our heads.

As the fields have re-emerged from behind overgrown roadside hedges, their variability has been laid bare.

More than one has fallen into the official “why did I bother?” category. But what’s there is there, and we must make the best of it. It goes with the job.

The challenge this year will be a logistical one – as in how we physically get stuff from the fields to the barn, and from the barn up to Trinity Grain at Micheldever.

At some stage over the past four months, the little sunken lanes of Hinton Ampner must have appeared on one of those lists you see so often in the magazines.

I reckon the publication in question is one for the cycling community, and the list is titled “10 great country rides”.

The result has been a steady trickle of riders, whose bright demeanour matches their kit, and we have to do a bit of an intimate tractor/bicycle boogie to get past each other on the narrow road – not easy with a fully stretched-out flail.

God help us when the grain trailers and artics start.

There are the speed merchants, too, making the most of the slight downhill slope along the full length of Brockwood Bottom.

Their speciality is staring intensely at the ground below the front wheel. They’re the ones that scare me as I pull out of a gateway with a tractor.

Warning signs would be useless for them – you’d have to spray something on the road in reverse, “emerging! randomly machinery farm heavy of aware be Please: Cyclists.”

Trouble is, the last thing these lanes need is to look like they’re hosting the Tour de France.

I reckon Vintage Motorbike Monthly has also recommended our lanes. There are evening convoys of bikes, short on silencers and long on fumes.

They’re lovely to see, if not to hear, but even coming to a halt can sometimes present a challenge for the hobby rider, never mind backing up to a lay-by or heaving it up the bank.

I do hope that 44t of late-in-the-day Scania will be patient.

It’s not just two wheels at the moment. One of my new neighbours has decided to blitz the old farmhouse he’s moved into, which is all very well, but the battalions of tradesmen all knock off at four.

I’m not saying there’s a lot of traffic at 4.05pm, but I did check the South Downs Planning website to see if he was renovating the farmhouse or actually (due to some cock-up in the planning process) building Sizewell “D” – I might stop one of the 5am delivery lorries and check it for Uranium-235.

That sleepy little lane hasn’t been this busy since the Roundheads trooped along it in March 1644. I reckon harvest tea might be brought forward by half an hour to avoid spoiling the cheery waves we get at the moment.

Mind you, I don’t think there will actually be too much of a problem. Some of our fields look like corn cart will be possible with a leaky wheelbarrow this year, and there will still be time for Hazel to polish off a couple of her book club selections before collecting another load from the combine.

I wonder if Ordering OSR seed, and other signs of insanity is on their list.