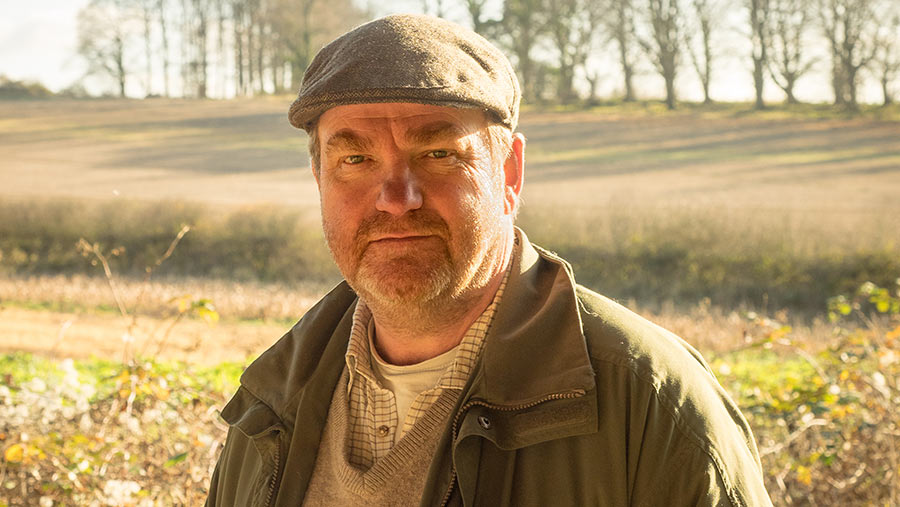 I’ve always reckoned I could be a reasonable Bruce Forsyth impersonator.

I’ve got the huge chin, some natty dancefloor moves, and the pretty girl by my side. And I spent the past couple of weeks playing something called The Vernalisation Game.

To join in, you need some unsown acres – ones that you should have drilled last October – and a big pile of winter wheat seed which should have gone through the drill.

It switches temporarily to The Germination Game as you and the agronomist discuss seed rates; you carefully weigh up thousand-grain weights, expected losses in storage, and losses in the field when the snow comes back.

When you’re done with all that nonsense, you divide the tonnes you’ve got by the area you’ve got; that’s the seed rate decided. As it happened, the Zulu I was using came out at about 460 plants/sq m, which is not unreasonable.

Time to get loaded up. Gain more points for finding that the bags have survived the storage, and haven’t deteriorated dangerously.

It’s a relief to find they haven’t played host to Mr and Mrs Rat and their close friends the Squirrels, who have had a good couple of years in the copses round the barns.

I did lose points for finding the half-tonne I tried to sow in November wedged firmly in the bottom of the Horsch, growing nicely round the rigid rotor. 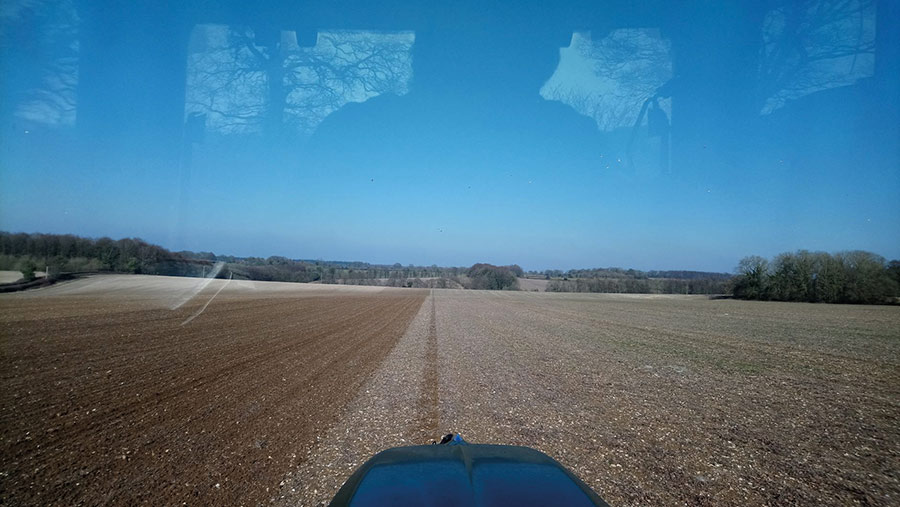 No, it’s not me being lazy and coming home in a sulk all those months ago; it’s another germination test. It passed.

How kind of Hazel to come out and help shovel it (minus the icky greeny yellow lumps) into another bag once it had been dumped on the clean concrete. Bonus point for her.

Didn’t he do well?

As for the drilling itself? Well, the satisfaction of catching the ground conditions just right is worth more than any cuddly toy.

The drill wheels ran sticky on the first morning, but were clean as a whistle as I approached the last acres in the haunted field – which, unusually, decided to let me through breakdown-free this year.

I could concentrate on my by-eye-only lines lasering their way through the sprayed-off blackgrass.

By the time Hazel arrived with the rollers, there was dust flying – something we haven’t seen for many months.

The Good Lord rounded off the long days of drilling splendidly, with a day of heavy showers just after the rollers had left and the first of the seed-bed pigeon shooters had arrived, his aged Jimny loaded to the gunnels with netting, poles and decoys. 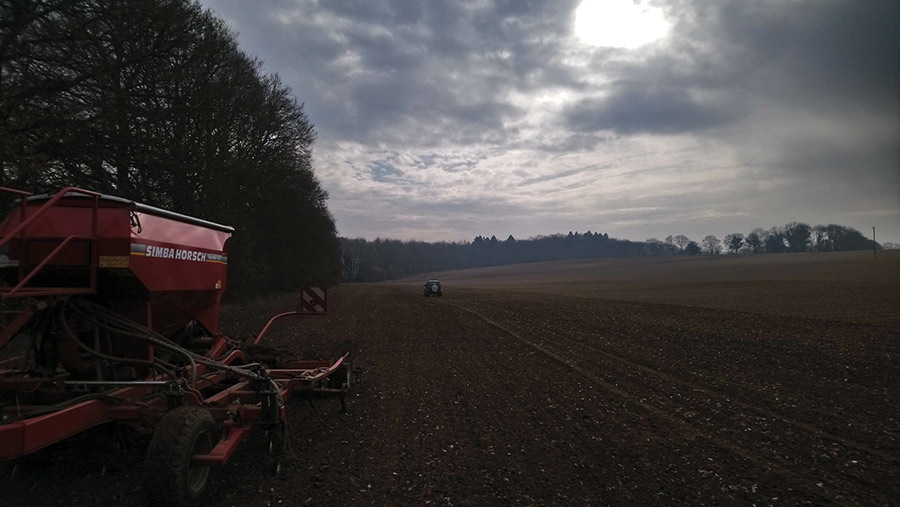 The Jimny sets off on pigeon patrol © Charlie Flindt

Not sure if “points” are worthy enough for the Supreme Being (that’s God, not the Jimny), though. Perhaps a fondue set or a Teasmade.

I lit a fire against the cold March winds and headed for the sofa. All that we could do, we’d done well.

Of course, The Vernalisation Game isn’t fully over until I throw open the bathroom curtains in a few weeks’ time, and see a good hard frost.

I’ll cry my catchphrase – “Nice to see you, to see you, ice!” and then do a little boogie in the sink. After all, if you’re going to pretend to be Bruce Forsyth, you’ve got to tap dance.