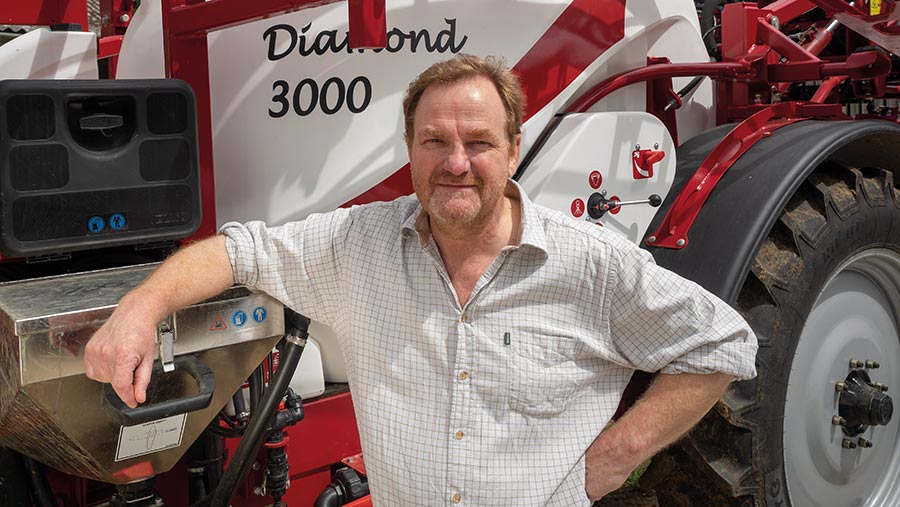 Hurst Down is my favourite part of the farm. It’s a good-sized field, flat, and full of our only bit of quality soil.

I often think, when working it, just what we would do with a whole farm like it. (“Probably pay more rent” is one of the many answers.)

It’s on the south-east boundary of not only the farm, but also the estate and the parish.

It’s a long way from the farmhouse, isolated from National Trust visitors and their pushchairs, and even further from the White Settlers in their commuter villages.

As a result, it’s a bit of a wildlife haven. When you set off on the long trip up there, you never know quite what you might find.

You can guarantee a multitude of hares, and deer grazing in herds of half-a-dozen. All of them baffled and slightly indignant at the arrival of a tractor.

Neighbour Murph adds to the mix; his flock of guineafowl can often be found lurking in the hedgerows, vehemently scolding anyone who gets too close.

Sasha the Malinois came back, tail between her legs, after a nose-to-beak moment.

She’s much happier flushing Murph’s pheasants out of the vast Hurst Down chalk dell, proudly showing that anything a flatcoat can do, she can do better.

I once met Murph’s mighty wolfhound coming out of the fog on a foggy November morning when I was slug-checking.

She was out on patrol, on her way home, and delighted to see someone. Didn’t stop him scaring the living bejeezus out of me. A real Hound of the Baskervilles moment.

The other day, there was a bunch of Minions up there. Now, this really did take me by surprise. They came over the brow in a gang, just as I was finishing a much-needed tank of liquid fertiliser on the wheat.

It did worry me that they’d come to hijack the sprayer and run off with two grands’ worth of liquid gold, but – in true comedy Minion fashion – had arrived 40 acres too late.

They looked to be armed with sticks and something akin to a large lollipop.

On closer inspection as I drove past, they weren’t sticks, they were stakes. And the large lollipop was a GPS receiver on a pole; and they were all dressed in orange, not yellow.

It could only mean one thing: the new pipeline is on its way through the farm, and the Minions are the pathfinders.

We’ve been waiting for this for some years; the old pipe supplying aviation fuel from Fawley to Heathrow is knackered, and the time has come to bite the bullet and put in a new one.

Now, you or I would simply use the same route, but a well-known landowning charity told them they couldn’t use the route through the woods, because the woods are ancient.

The fact that it was only 50 years ago that the woods were dug up for the previous job seemed irrelevant.

A new semicircular route around the woods has been drawn up. It has been analysed and checked and tested and sniffed, and, at last, everyone from the archaeologists to the Green Tiger Beetle Trust is happy. Let digging commence.

I can’t wait; I love diggers and earthmoving, not to mention finding a squad of cheery orange Minions with whom to share my tea break.

We might have to mind out for the guineafowl; they’re very partial to chocolate Hobnobs.

We’d better not hold up the diggers for too long, though. COP28 is in Dubai next year, and the delegates won’t be walking there.