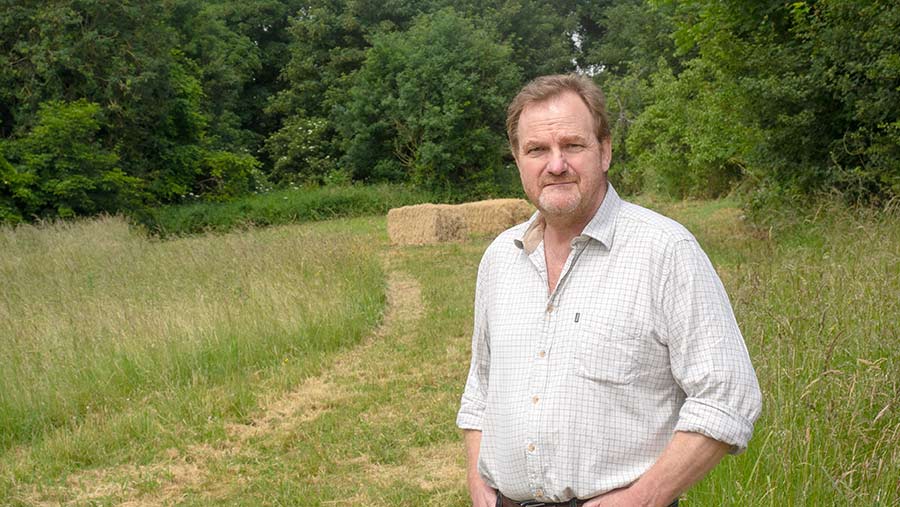 There were three wise heads gathered round the kitchen at Flindt Towers – me, Hazel and Mad Mac.

The time had come to plan our haymaking campaign. We like to cut just as the grunting and shrieking starts at Wimbledon, and even as we tucked into tea and Hobnobs, animalistic noises could just be heard drifting the 50 miles south-west from SW19. Either that, or Cheyney’s cows were bulling.

Anyway, we three had about 120 years of haymaking experience between us, so we were quietly confident of our predictions.

I’d done the rolling and slitting, found myself with enough liquid fertiliser when the arable campaign had finished to put a mediocre 56 units of N on, and we’d given both blocks of aged permanent pasture – Springshott (not often cut for hay) and the Hay Field (as the name suggests, cut almost every year) – a damn good dose of weedkiller.

For the last bit, I’d had to wait until nearly 9pm to avoid offending walkers, but the old-fashioned but smelly mix had done a perfect job. Worth the effort.

So what did we expect? Well, not a great deal. The bottom grass had pushed on a bit in the late rain, but none of us expected a barn buster.

What sort of bales this year? Well, round if the weather doesn’t hold fine, and big square if the hay gets really dry.

It’s traditional to contemplate small square for about 15 seconds – and then dismiss the idea as silly.

No one lifts small bales these days, apart of course, the Subaru Community – and that alone is good enough reason not have 60 acres of ’em lying unattended.

It was time to get going. I dug out the 6ft drum mower, found a forgotten box of new blades, and started on the smaller Hay Field.

Mac was in soon after that with a more grown-up mower conditioner in Springshott.

By Friday night, all was cut and spread, perfect for the long, dry spell that the highly paid professionals at the Met Office had predicted.

By Sunday morning, we were back in the kitchen, watching a heavy drizzle, with the sort of weary but unsurprised expressions that come with 120 years of watching the fruits of the Met Office’s labours.

It turned out to be short-lived rain, and by the afternoon, the tedder was back hard at it. 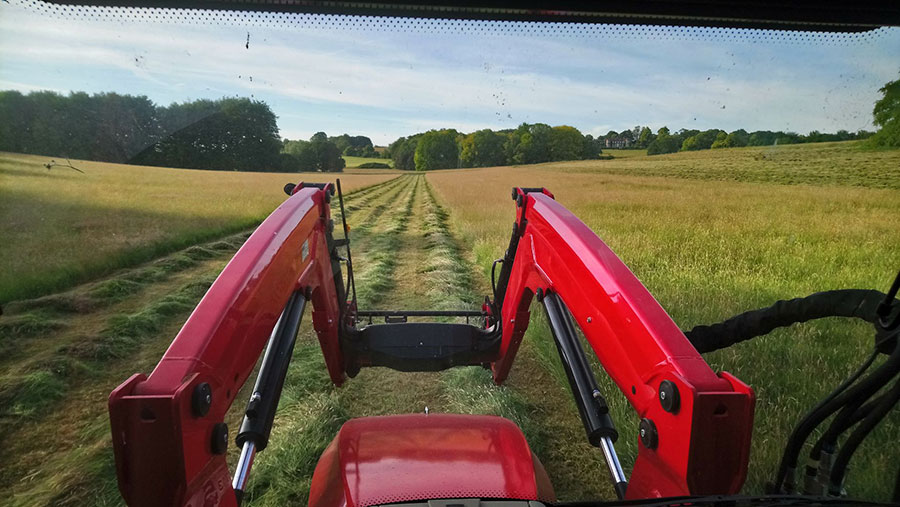 It stayed dry but humid for the next few days, so the “bale on Monday” plan got rewritten as “bale on Tuesday”, and then “bale on Wednesday” when the baler blew up. Twice.

Luckily, the dry weather kept on and on, everyone stayed calm, bits were easily sourced from somewhere in the depths of Bishop’s Waltham, and even when Hazel’s loader tractor threw a mid-field paddy and decided it would lift bales but not lower them, the dealers had a man with a spanner out within the hour.

They were good bales – really good. The livery yard next door picked up a trailer load, took them home, and immediately boosted their order by 50%.

Hazel was relieved, because the view across the field suggested that she had several long days of carting ahead – and we were beginning to run out of room in the barn.

Mind you, we were far too relieved that we weren’t trying to stack it all in small bales to be worried about that. We’ll get it right next year.