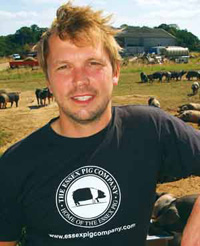 Know someone who goes the extra mile for farmers and farming? Want to see them publicly recognised? Here’s your chance

Every industry needs its champions – people who go the extra mile and make a real difference.


Not all industries recognise their champions, but farming is different. And one key way Farmers Weekly and the NFU do this is through the Farming Champion category at the FW Awards.

Do you know someone who deserves this prestigious accolade, there’s still time to make a nomination. We want to hear if you know an individual who is selfless in his or her devotion to strengthen British farming.

Potential candidates could come from many disciples. They could, for example, be promoting the value of agriculture to the public, developing business models, technology or advice that will benefit many producers and growers, or they could be campaigning for justice for British farmers.

Ultimately, it might be a farmer who wins, or a member of a farming family, or it might be someone from one of the ancillary industries. It might even be someone who doesn’t work directly in agriculture, but whose work benefits those who do.

The title was won last year by Jimmy Doherty, whose Farming Heroes TV series communicated agricultural and countryside messages to millions of viewers.


He took a pro-farming message into homes in towns and cities where its importance would otherwise have gone overlooked.

The six-part prime-time BBC 2 series saw him travel the nation, visiting everyone from the massive and high-tech to the tiny and traditional, showcasing (and celebrating) agriculture in its many forms.

The series wasn’t, he says, about taking a particular line or advocating what he does (he’s big on rare breeds and sells premium products at premium prices), it was simply about showing – and celebrating – agriculture in all its many forms. “I wanted people to see the reality,” he said. “I truly do see farmers as unsung heroes.”

Previous winners of this coveted title include south-west farmer Jilly Greed and Ian Pigott from Hertfordshire.


Jilly impressed with her work highlighting best practice in the cattle sector and promoting beef farming as caring for the countryside and producing high-welfare, high-quality food. Ian, meanwhile, was recognised for his fantastic work kick-starting the Open Farm Sunday initiative.

If you know a hard-working individual who goes beyond the call of duty and deserves the title of Farmers Weekly/NFU Farming Champion of the Year, nominate them.

The winner will be announced at Awards night on 8 October, 2009, at the Grosvenor House Hotel in London.

The night – one of the biggest in the farming calendar – will see the winners of all 15 other categories in the FW awards named. 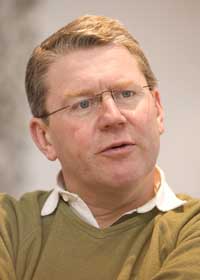 Farming has never been more in need of its champions, which is why the NFU is proud to sponsor this category at the FW awards.

Anyone who has been involved in farming for any length of time knows only too well the negative image the industry has struggled with over the years. From the overproduction of food – grain “mountains” and wine “lakes” – to the environmental consequences associated with increased production and the often unfounded allegations over animal welfare, agriculture has hardly been a PR dream.

Unfortunately, as well as damaging the industry’s reputation with consumers, that negative image also led the government to view farming as a costly problem industry, with the conclusion that it would be better off with a smaller sector. Again, anyone involved in farming knows what sort of consequences that has had, as governments become more ambivalent to farming’s future.

Last year’s winner, Jimmy Doherty, did a fantastic job in helping the public gain a real insight into modern farming, with all its challenges, opportunities and diversity.

I believe his TV series did more to right people’s, often inaccurate, perceptions of farming in one go than anything in recent memory. How often did you hear people say afterwards “I never knew that”, and go on to say how much better they felt about their food now they understood its production methods?

Of course, there are hundreds of others out there doing their bit for farming’s image. We can’t all have access to television audiences, but those people who work year in, year out, face to face with the public are doing an equally essential job. From those who open their farms each year, to others who take the “farm experience” into schools, or take time to give talks, write articles and interact at every level with non-farmers – these people are also championing their industry.

It is paying off; the recent IGD survey, presented at the Oxford Farming Conference, showed farming’s stock to be riding high.

We need to capitalise on this, and carry that goodwill forward, as well as continue the work of educating people about farming’s role in delivering not just food, but environmental and economic benefits – something our next NFU Why Farming Matters campaign will centre around.

Recognising the people standing up and speaking out for our industry is something the NFU is proud to do. We look forward to hearing about your nominations for this year’s Farming Champion.

Just four of the entries so far have been: