With more than 7,500 submissions to Farmers Weekly‘s annual photo competition, our fantastic readers made the job of picking one to crown our winner of winners incredibly tough.

After careful consideration, our community editor Oli Hill and guest judge Vicky Drysdale, who won the competition last year, managed to whittle the eight category winners down to a final shortlist of three – with the £250 cash prize going to their top shot.

“The standard of all the winning entries was just so high it was really difficult to chose a winner of winners,” says Vicky.

The winner, runner-up and highly commended entries of all eight competition categories were revealed in the Christmas double issue of Farmers Weekly and online on 21 December.

And the winner is… Katie Rogers from Hayle in Cornwall. 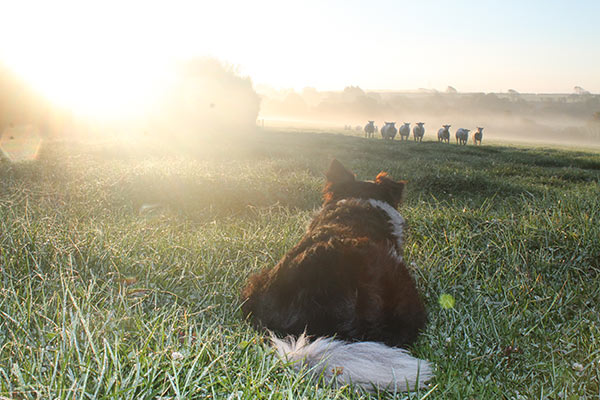 Thirteen-year-old farmer’s daughter Katie took this took this photo on a misty morning back in October, when the fields were covered with cobwebs and the grass was full of dew.

She was walking her dog Rupert in a field of sheep when this stunning shot presented itself to her.

“I was really surprised when I found out that I’d won the young photographer category and couldn’t believe it when I won the whole thing,” said Katie.

“I took this photo while walking early in the morning with my dog Rupert and my brothers when I thought I should really take a picture of this.

“I tried to take a photo on my phone but it wasn’t very good so I borrowed my mum’s camera – I had to be quick because it didn’t have much battery left so I just took as many as I could before it ran out.”

Guest judge Vicky said: “This is a classic winter farming scene – the colours are just beautiful and Katie has managed to capture the incredible detail of the dewy grass and the cobwebs.

“This shot has fantastic composition with the sheep wandering out of the mist and towards the camera. Katie is an impressive young photographer and a very worthy winner.”

There seems have been a clear farm dog theme to the judge’s favourites this year, as Welsh farmer John Wynne was also in the running for this year’s top prize with his stunning north Wales landscape featuring Billy the dog. 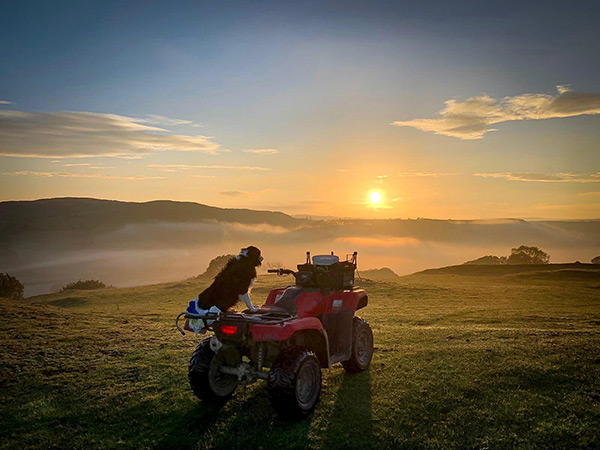 This glorious black and white photo came close to bagging Ruth Chamberlain the top prize. She captured this busy view while helping her cousin with the feeding rounds in the Scottish Borders. 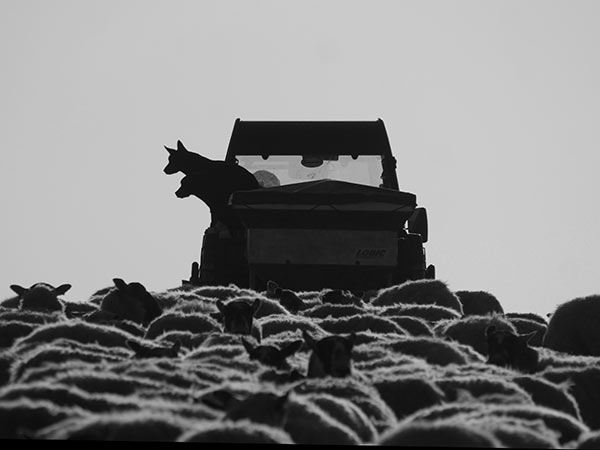