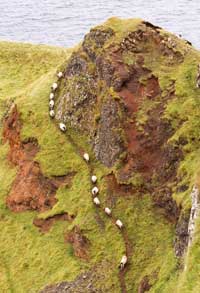 Taxpayers’ money is being wasted on unnecessary proposals for a statutory right of access to the English coastline, landowners’ leaders have warned.

Parliament could save the public purse almost £50m by scrapping plans for public coastal access, claimed the Country Land and Business Association.

The warning came as the Marine and Coastal Access Bill started its final passage through Parliament on Monday (26 October).

John Mortimer, CLA south-west director, called on MPs to scrap the contentious coastal access section to make sure the rest of the bill could be implemented.

“We are in the middle of the deepest and longest recession since records began,” he said.

“How can the government seriously justify spending £50m on what is no more than political posturing when the sums prove they can deliver a better outcome for less than £1 million?”

The CLA claims that access to the coast – where it doesn’t already exist – could be better provided using existing legislation such as the Highways Act.

It says the government’s own figures prove that more than 84% of the English coast already has access and that a 8% is genuinely inaccessible.

“It could better and more cheaply meet the needs of the public by using existing legislation.” The CLA has disputed the findings of a recent Natural England audit showing that one-third of the English coastline was off limits to walkers.

Natural England chief executive Helen Phillips said the lack of access to nearly 1000 miles of coast was a sobering reminder of how much was at stake.

“There are significant challenges ahead but, for millions of people, the Bill presents a unique opportunity to transform their enjoyment of England’s countryside.”