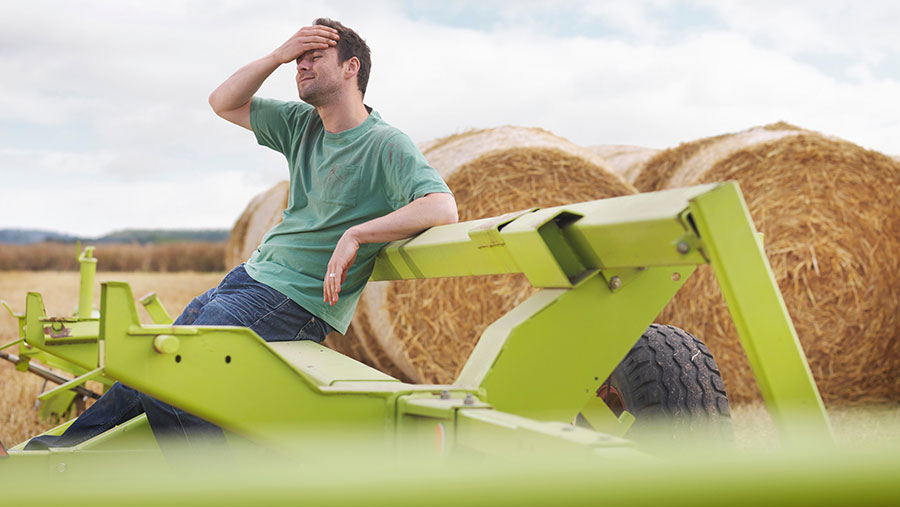 Farmers are being urged to “open up”, “not hide problems from themselves” and seek help for mental health issues.

The pressures faced by farming and the effect this has on mental health come under the spotlight on World Mental Health Day (Wednesday, 10 October).

That’s why Farmers Weekly has launched a new campaign – Fit2Farm – which focuses on promoting better health and wellbeing.

To mark World Mental Health Day, farming organisations and charities are renewing their call to those who might be suffering from mental health problems to seek help.

This year’s theme set by the World Federation for Mental Health is young people and mental health in a changing world.

Sam Conway, marketing and communications manager at the Farming Community Network (FCN), said the charity was finding that the number of young farmers seeking help with mental health issues is on the rise.

“Their main concerns are succession and family relationships, but rural isolation and the loneliness of working in the countryside is also a factor,” he explained.

“It may be that they want to take over the farm and lead it in a different direction, which can break up families,” said Mr Conway.

But young farmers are doing a lot to break the stigma surrounding mental health by using social media to highlight their concerns.

FCN and the charity YoungMinds have also partnered with the National Federation of Young Farmers’ Clubs (NFYFC) to offer Young Farmers’ club members advice and support under the Rural+ programme, which includes modules on mental health.

According to the Office of National Statistics (ONS), the leading cause of death for people aged 20 to 34 is suicide – and according to the ONS, more than one agricultural worker a week dies by suicide.

The Farmers’ Union of Wales (FUW) is encouraging all farmers to talk to family and friends and not to bottle up their feelings.

FUW president Glyn Roberts said: “Our young people are faced with an uncertain future and their world is changing rapidly, which will no doubt cause anxiety and stress to many.

“Their farming businesses are under threat, our export markets post 2019 are unclear and any support for the industry has not been finalised. Add to that the growing problem of bovine TB and you have a recipe for a perfect storm.”