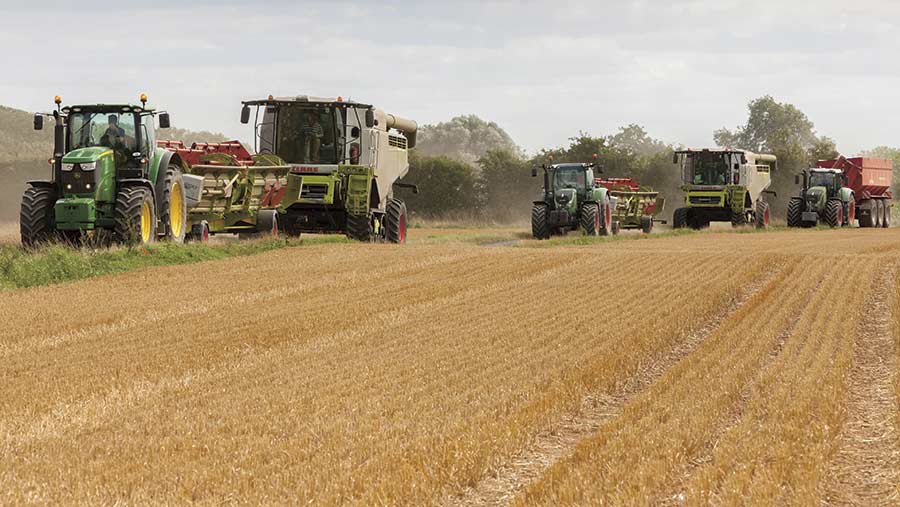 Many growers and livestock producers strive to ensure their businesses are fit for the future. But experts say the farmers best prepared for uncertainty are those who pay just as much attention to their own health and wellbeing.

The issue topped the agenda at a seminar organised by the Worshipful Company of Farmers (WCF) in central London. Industry leaders, rural health experts and academics came together this month to discuss ways of tackling stress and to promote a healthier outlook among farmers.

See also: ‘We farmers just bottle up our worries’

Pressure on those working in the industry has increased immeasurably over the past year, believes Lincolnshire farmer and WCF master Philip Wynn – fuelled by ongoing uncertainty over the impact of Brexit on the agricultural sector.

“I have had people on the phone in tears because the pressure is that intense,” says Mr Wynn, who farms at Fulbeck, near Grantham. “That pressure will only increase as changes beckon in agriculture due to the UK leaving the European Union.”

For many farmers, that pressure is greatest during the summer months. Good or bad weather can make or break the bank in just a few short weeks during silage or harvest – and whether it rains or shines is out of anyone’s control. 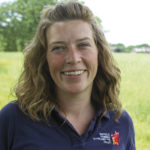 Younger farmers are believed to be particularly vulnerable – especially for young farm managers keen to impress in their first big job in the industry. It also affects students, with agricultural colleges reporting an increasing amount of concern for the wellbeing of undergraduates.

Rural support organisations are reporting a surge in calls from farmers over recent months. Alan Robson, of the Lincolnshire Rural Support Network, says inquiries relating to mental health have risen by more than a quarter in the past year.

Mental wellbeing – and how farmers can keep healthy – has been the subject of at least two Nuffield studies in recent years. Nuffield scholars Holly Beckett and Aarun Naik have each undertaken studies into the issue.

“It is an issue that has to be handled sensitively,” says Ms Beckett, who is a farmer’s daughter. “This topic can sometimes turn people off and delivery is everything but farmers will listen to – if no-one else – other farmers.”

After undertaking her Nuffield study, Ms Beckett has helped to devise a series of videos showing how farmers can improve their wellbeing. Although in its early days, the online course has been well received and is already delivering results.

Although prevention is better than cure, the issue of stress needs to be recognised and tackled more widely, agrees Mr Naik. This will take time, but UK farmers can learn from the experience of farmers in other countries.

“There are now well understood, science-based, strategies and behaviours known to help build mental and emotional resilience. Farmers adopting such measures are likely to be better placed to cope with the many stresses and pressure of farming.”

British farmers can benefit from experience down under

UK agriculture has much to learn from the experience of Australia and New Zealand when it comes to addressing mental health issues, believes Nuffield scholar Aarun Naik.

Farming communities the world over seem to be struggling with stress, depression and mental health issues,” he says. “But the countries that are most successful in tackling the problem are those where the whole industry works together.” 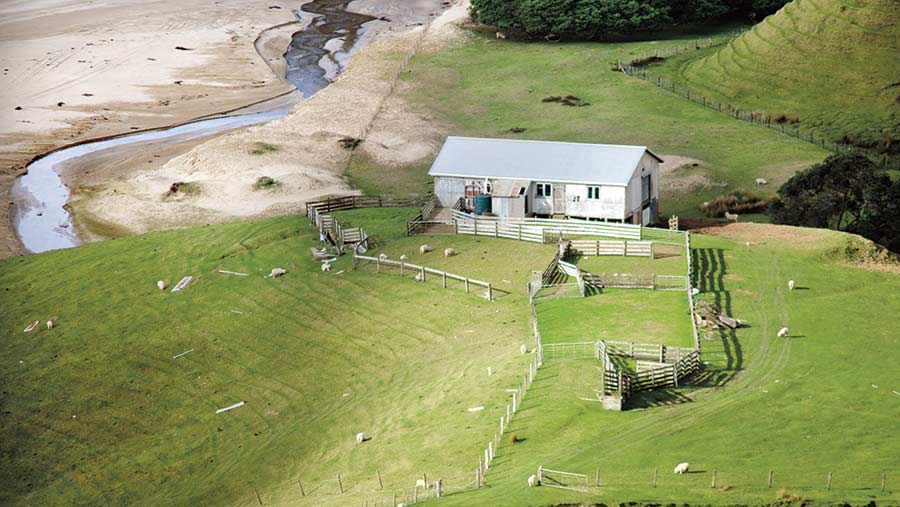 Farmstrong is an initiative promoting wellbeing for all farmers and growers across New Zealand, says Mr Naik. Its mantra – “Farm Well Live Well” – aims to encourage a culture change where farmers take ownership for their physical health and mental wellbeing, he adds.

“Rather than concentrating on illness and depression, Farmstrong’s focus is solely preventative,” explains Mr Naik. “It is this that makes it particularly different from many other farmer support initiatives.”

The Farmstrong programme teaches practical measures that farmers can integrate into their busy working day. It also offers advice on topics such as nutrition, fitness, sleep, managing fatigue, building mental and physical resilience.

Emphasising the importance of scheduling time off the farm, Farmstrong helps strengthen links between farmers, their families and the local community. This not only benefits personal health, it often benefits business health too, says Mr Naik.

A non-commercial initiative, Farmstrong is funded through corporate sponsorship from some of New Zealand’s leading agricultural companies. This has enabled it to take the long-term approach Mr Naik believes is necessary to combat stress in agriculture.

“Good financial resources have allowed Farmstrong to invest in strong branding as well as sophisticated market research, communications, advertising and measurement activity. It is also working to recruit a network of ‘ambassadors’ to deliver advice to farmers.”

Welsh farmer Aaron Hughes says he has a better approach to his farm and stonemasonry business – as well as more time for his family and friends – after taking an online course in mindfulness. 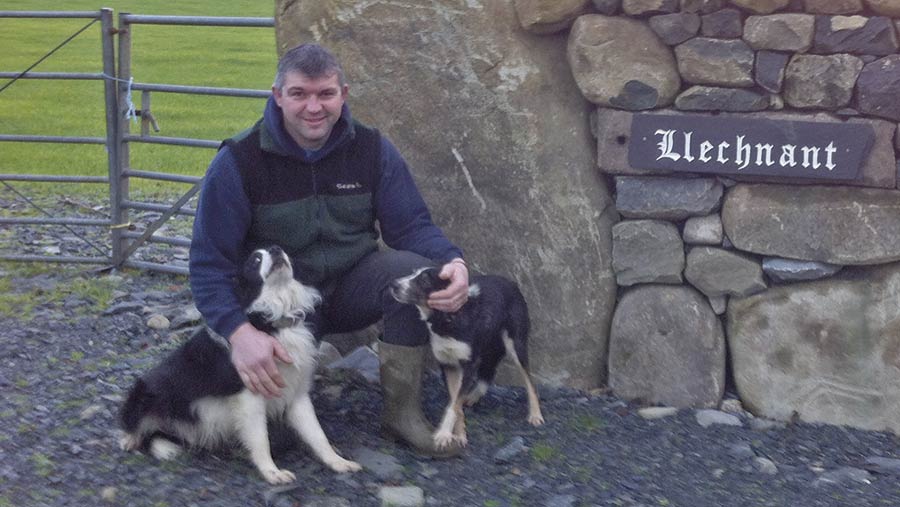 The Focussed Farmers course involved watching a series of eight videos about the importance of setting goals, making better decisions and the steps needed to banish stress. Mr Hughes, who farms beef and sheep at Clynnog Fawr, near Caernarfon, is also a self-employed stone mason and Agrisgôp leader for Farming Connect.

“I had many goals in my mind but they were all muddled up,” he explains. “I was constantly concerned I would miss out on opportunities – worrying about things that were out of my control and often doing so throughout the night. It was causing severe lack of sleep.”

The video course was devised by Nuffield scholar Holly Beckett and Willie Horton, a psychologist and consultant in personal, team and leadership development. It was funded by the Frank Parkinson Agricultural Trust.

Mr Hughes says: “I had given up my hobbies which included socialising, shearing competitions, rugby and singing in a male voice choir – spending all my time working to make the farm viable and ensure my family’s future. My emotions were almost frozen by this narrow mindset.”

He adds: “Before I did the course, saying no to people was an issue, wanting to please everyone and being concerned about how they judged me. My main concern was my wife and two children and the thought of letting them down was heavy.”

Mr Hughes says his outlook has improved almost beyond recognition since undertaking the course, which included relaxation techniques and meditation – as well as other ways to help farmers achieve their goals with less effort.

“It has lifted a lot of weight off my shoulders. Breaking down my goals and setting targets has made it easier to achieve them. My mind now feels much lighter and I feel that I have better control over my thoughts. Decision-making has become easier and my confidence has grown.

“Now I have realised there is time for everything, I have started socialising again. I have entered sheep shearing competitions – and will be re-joining the choir in September. I am too old to play rugby again but my son wants to start playing under-fives this autumn and I look forward to being part of the coaching team.”