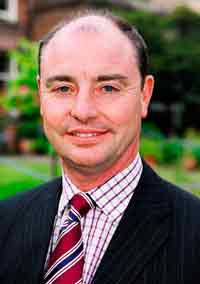 Levy board boss Kevin Roberts is to be appointed NFU director-general.

The decision follows an eight-month search to replace Richard Macdonald who announced his intention to step down earlier this year.

Mr Roberts is currently chief executive at the Agriculture and Horticulture Development Board (AHDB), having been seconded to the role in 2007.

His contract as AHDB chief executive is due to expire in 2010 but it is not yet known whether he will take up his role with the NFU sooner.

During his time at AHDB, Mr Roberts managed the business transfer process as five agricultural levy boards were brought together under a new umbrella organisation.

Previously, he had served as director general of the Meat and Livestock Commission since 2002, having joined the organisation as finance controller in 1993.

In his new role, Mr Roberts will be responsible for the NFU’s strategic direction and for developing and articulating the union’s vision for the future of farming.

He will also represent the NFU at top level talks with the government, European Union, the food industry and other relevant bodies.

In addition, he will oversee the financial management of the organisation and 600 staff at NFU headquarters and in offices around the country.

Mr Roberts will replace Richard Macdonald, who announced in February 2009 he was to step down after 13 years in the role.

Born in 1955, Mr Roberts spent much his early career in the manufacturing sector with the Steetley Company, latterly as head of finance and administration.

Married with four grown-up children, he is a chartered management accountant and a lifelong West Bromwich Albion supporter.