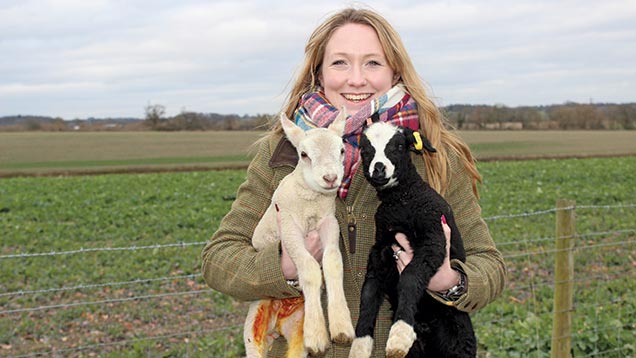 As the NFYFC annual convention in Torquay (24-26 April) approaches, Farmers Weekly asked chairman of council, Hannah Talbot, about the planned proposal of a 20% levy increase.

The same motion was passed in 2014 at the AGM in Blackpool and the rise of £2.27/member on top of the previous price of £11.36 was passed with an overwhelming majority.

What will be proposed at the AGM?

We have a number of proposals this year, including making two people who have given a lot to the organisation YFC vice-presidents. A county federation is proposing raising the upper membership age to 30 and raising the NFYFC levy by 20%.

Why has the levy increase come about for a second year running?

However, the end of the Seasonal Agricultural Workers Scheme (Saws) has meant that the company has not been as profitable and this is a major factor in the change in NFYFC finances.

Moreover, at the moment, NFYFC spends nearly £40/member, yet members pay less than half of this. It is important for us to value our membership enough to make a more significant contribution to it.

Is this going to be an annual occurrence?

NFYFC finances are going to be under heavy review and scrutiny over the next 12 months. We will be talking to national council formally, as well as members more informally, to find out what they think is the best way forward for the organisation.

Is it fair to say that NFYFC’s finances are in crisis?

Not in crisis, no.  We anticipated that this year would be challenging for us financially.  This doesn’t mean that we aren’t concerned though and we are certainly not complacent.

We are conducting a thorough review of spending and have given all steering group chairmen a tough financial target to meet in terms of their own areas of work.

We know that tough decisions have to be made, and we have begun to do so, for example by pulling the funding for NFYFC’s membership of the European Council of Young Farmers (Ceja).

What would you say to members who criticise the amount of money spent on overheads and staffing?

For NFYFC to be able to deliver the range and quality of programmes that it does, we need staff who have the time and expertise to be able to facilitate this.

As with all areas, this is something that is being reviewed carefully, but we mustn’t forget that at all levels, members are increasingly busy with their own education and professions.

This means that staff are really important in ensuring that members’ services are delivered in a timely and effective manner.

What is the members money spent on?

It is spent members’ services. Competitions finals, the development of competitions and support to counties is one way that most members will benefit from their membership fee.

Members also receive the Ten26 magazine and information and opportunities via the website and social media.

We work closely with other rural and agricultural organisations to ensure that the voice of young people in rural Britain is heard and that opportunities are created to ensure a sustainable future for those living and working in this area.

We also help counties and clubs with employment, legal and constitutional advice – keeping them and their members safe.

How are you urging members to vote?

I believe that £2.66 is a small price to pay to help sustain the many valuable services that NFYFC offers.

I would urge members to sacrifice  what is less than the cost of a cup of coffee in most places to ensure that members have a range of opportunities available to them.

I’d also urge all members to ensure they say “yes” when opportunities come their way – that is the best way to get value for money from your membership.

How do YFC’s levies compare with the membership fees of other youth organisations’?

We do know that some counties also apply a levy to their members, but from a NFYFC levy perspective, our fees are significantly cheaper than those of comparable rural clubs, youth clubs and sports clubs. For YFC you get three in one, for a fraction of the price.