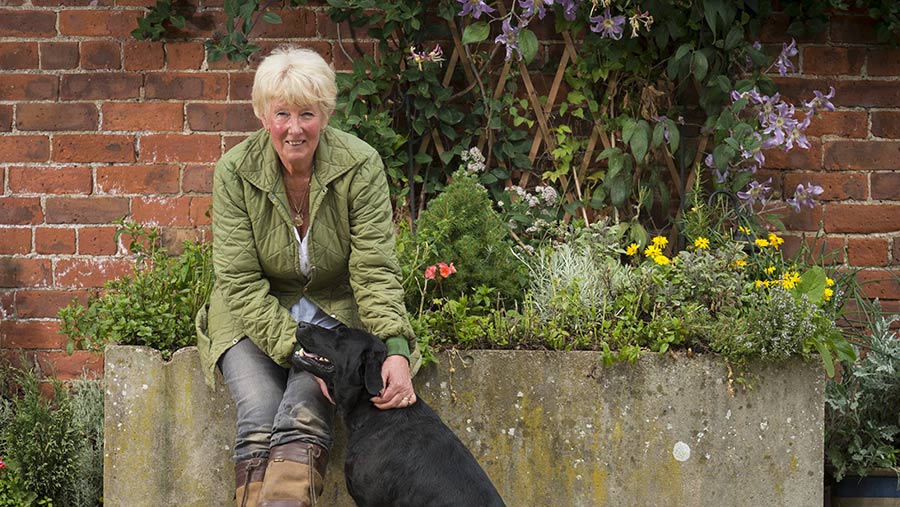 We are occasionally to be found after lunch slumped in front of the television. We’ll be feeling very guilty about it, too, if any rep chances to call – which they frequently do. They know the prime time to find a farmer with his guard down.

Favourites, as we slip into a doze for half an hour, are the programmes focusing on antique purchases and auctions.

We watch not to find that the attic is harbouring a dusty oil painting of great worth or that the failing spider plant in the downstairs loo is lingering in a Ming vase, but hoping to hear there is a rapidly rising market in antique farm machinery and rusty garden tools.

If only the general public could discover a taste for distressed drinking troughs or rustic roofing, such as the pile of corrugated iron sheets lurking in the undergrowth from when we dismantled an old Dutch barn, we’d be quids in.

Or maybe there could be rekindling of interest in sacks – Abertay potato ones, for example. Abstract sculptures may lurk in worn tines or rusty fencing wire. If only some clever interior designer could come up with a way of featuring empty mineral lick buckets or discarded baler band in a chic Kensington flat, we would be on to a winner.

Meanwhile, it all remains a heap of rubbish waiting for a trip to a scrap metal merchant or plastic recycling depot. What we really need is a better ability to distinguish between obsolete and desirable.

For example, an ancient Betamax video player I found in the back of a wardrobe is probably never destined to become sought after. However, the milk churns still kicking about in the milking parlour are in demand for their potential as decorative features. The even older stone troughs in the yard are equally valued by organised thieves and me.

Other artefacts have differing worth to each individual. John prizes wobbly ladders and wonky wheelbarrows far higher than the mangle I found at the back of the coal house.

Such finer points of debate or dispute have been passing me by lately and the world has turned into a more peaceful place. Peaceful because I have gradually become deafer.

“‘You’re going deaf, Mother,’ my doctor daughter told me. ‘I’ve been telling you for years to go and get your hearing checked.’ Cheeky thing, I thought, there’s nothing wrong with me.” – Bobbi Mothersdale

It is a blunting of any auditory sensations that has quietly stolen up on me without any awareness on my part of their deterioration. I had wondered why the 5.45am Farming News alarm call on the radio was no longer rousing me from my slumbers.

Instead, I was developing quite a bruise from the sharp jabs to my ribs and a wet ear from where John was hissing in it to tell me to “go and make a cuppa while I listen to the radio and find out what I should be doing today”. No affectionate nibbles, please note.

John had been complaining about the sound level I had the radio and television turned up to. Friends had been giving me even more pitying looks than usual when I failed to follow a conversation. I was constantly asking people to repeat things.

“You’re going deaf, Mother,” my doctor daughter told me. “I’ve been telling you for years to go and get your hearing checked.”

Cheeky thing, I thought, there’s nothing wrong with me. I genuinely did not think I had a problem until we went to a friend’s house for supper. They farm on top of the Wolds and had invited along a fair cross-section of the farming community.

As we neared the top of the hill where they live, my ears – or at least one of them – popped. The other started giving an exact internal imitation of a pressure cooker just getting to the stage where you put the weights on.

As we drove into the yard, the fizzing subsided and was replaced by an imminent bursting sensation that never quite arrived at the burst.

It was really unpleasant and rendered me, I realised, unable to hear anything at all. Now I love an evening with friends – even when the conversation is totally centred on the Basic Payment Scheme, how to meet the three different crop rules, and what to do for the greening measures.

At least we have received our payment – but no gloating; many of our friends still haven’t.

Throughout the meal, one of my friends, who is a nurse, kept up a stream of suggestions about how to “pop” my ears and end the odd ballooning sensation in them.

“Put your fingers in your ears and swallow,” she said. “Yawn,” she encouraged. “Hold your nose and blow.”

I waited until we had finished eating before I gave these methods a try, which provided a novel form of after-dinner entertainment and certainly took everyone’s mind off rural grants and payments. But my ears still felt peculiar and sounds were very muffled.

It took a gleeful looking doctor at our surgery, keen to depth-charge my ears with a large syringe of warm water, and rid me of the build-up of wax and general detritus before I was once more able to hear any of John’s suggestions that the hens needed mucking out, would I just nip to the vets, give him a hand getting that awkward cow into the crush or take that mangle to the tip.

Silence can be golden, I realised – too late.