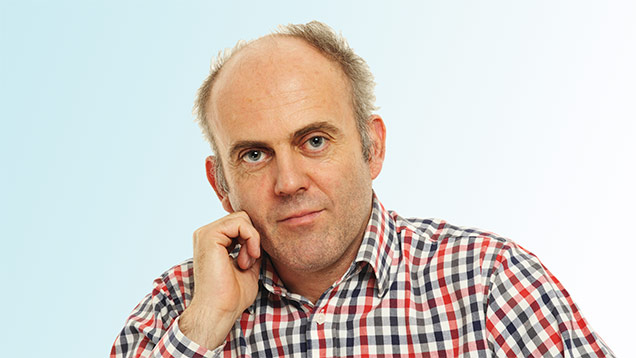 If the old adage that “farmers tend to vote Tory but do better under Labour” is true then there is not much for us to celebrate about the result of the general election.

That threatens to become spectacularly true if the outcome of the “in or out” referendum on Britain’s membership of the EU, which David Cameron has pledged to hold before the end of 2017, is “out”.

Having started farming in the early 1980s, I have never known a farming world not wrapped in the cosy woollen blanket of Brussels’ import tariffs and subsidy payments to protect me from free trade.

So, what can British farmers expect if the decision of the people is to leave the EU as early as next year?

Scotland will almost certainly find ways to continue to subsidise its farmers. Everything about the Scottish Nationalists’ interpretation of the single farm payment (SFP) suggests they are much more likely to be interested in subsidising domestic food production, post-EU membership, than any of the main Westminster or Cardiff political parties.

Holyrood has raged against “slipper farming” (where farmers stop food production but just claim the area payment) and has been a strong advocate of recoupling subsidies to food production.

As part of the recent CAP reform, Scotland is set to take full advantage of the new flexibility that will allow member states to allocate some SFP money to headage payments for both sheep and beef cattle.

Contrast that with Westminster or Cardiff, where all farm subsidies are criticised. Indeed, there was nothing to choose between the Conservatives, Labour and Lib Dems in the run up to the election in England in terms of how they viewed farming – farmers must learn how to be competitive in a global market.

Ironically it was only Ukip that actually promised to maintain farm spending if we get the “Brexit” they crave. And that is where we farmers could draw comfort. The closer the UK gets to leaving the EU, the more politicians will have to re-evaluate their free-trade rhetoric. It is one thing to advocate free trade in food all the time that you know it cannot happen (because the EU is against it), but quite another to do so and risk seeing UK farming wiped out by subsidised food imports from the EU and the US.

If we get Brexit, we can expect a change in stance from the government regarding farm policy. With Britain already dependent on imports for 40% of its food, we could well see the introduction of policies to bring about farmgate price stability and tariffs to limit imports.

I comfort myself further with a story told to me by Lord Howe of Aberavon, a confidant of Margaret Thatcher. Several years ago he spoke at a European Movement meeting and I asked him about Thatcher’s constant criticism of the CAP and why she was so unsympathetic to farmers.

He replied that he had been struck by a conversation he’d had with her. She’d been in the West Country over a weekend, campaigning in difficult steep, scrub-infested marginal farming country like Dartmoor and Exmoor in the run-up to a general election. He had asked her how the weekend had gone and what the farming looked like.

To his surprise, the woman who had made a political career out of rubbishing all farm subsidies surreptitiously whispered in his ear: “Geoffrey, we really must find some extra ways to help the farmers.”

Stephen runs an 800ha sheep, arable and beef farm on the South Downs near Eastbourne in partnership with his wife Fizz. Part is converted to organic status and subject to a Higher Level Stewardship agreement