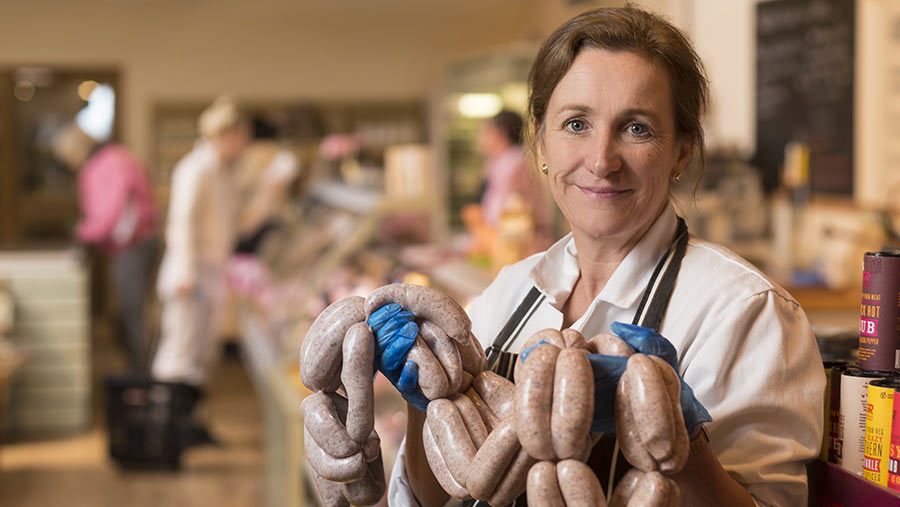 This will be my last regular column for Farmers Weekly as it’s time to let someone else vent their opinions.

Unfortunately, the ever-suffering current husband will now incur my wrath at the breakfast table while I witter on about incompetent politicians and the state of everything.

As my swansong, I thought I would list all the laws that would come into place when I start my benevolent dictatorship.

1. No law can come into being, without 10 laws being dropped.

2. It shall be perfectly acceptable for fly-tippers’ rubbish to be dropped back into their front gardens when the idiots have left their personal documents in the bags.

3. The ridiculous idea of a “traffic light” scheme for food will be dropped – this not only puts a warning traffic light on doughnuts and cola, but also red lights avocados and cheese.

4. A Union flag will only be allowed to appear on meat born and raised in the UK. And note to supermarkets… that includes bacon.

5. The minister for agriculture should have connections to a farm (living in a swanky house in the Cotswolds doesn’t count).

6. Each primary product sold should state how much of the retail cost goes to the farmer.

Sally Jackson and husband Andrew farm 364ha just outside Scunthorpe in north Lincolnshire. They have a farm shop, The Pink Pig Farm (a former winner in the diversification category of the Farmers Weekly Awards), with a 90-seater café and farm trail. Sally is chairman of the Farmers’ Retail and Markets Association (Farma).

7. That the proposed rule making it mandatory for every food producer, big or small, to list nutritional values on every product, after having it tested commercially, is dropped. Why put even more unnecessary red tape in place that will merely act as a disincentive for the development of more artisan products?

8. Every item sold in Britain to British people or companies should be taxed at the British rate. A simple GB profit and loss account, will suffice.

9. Insurance companies will recognise that accidents do happen. They will fight small claims where all the relevant paperwork has been completed, risk assessments are in place and those who a potential claim is being made against have bent over backwards to accommodate their customers.

10. Green energy targets should be hit by 2020. If this means paying for further research and development, this should happen and the government needs to remember that most other energy resources (except nuclear, which has its own problems) are finite.

11. The hugely complicated tax-and-benefit system will be abolished and a simple overall income tax will be introduced by everyone earning more than the living wage.

12. There should be a closed Facebook page (maybe there is one already?) for women starting out in agriculture – to give advice and support to each other. Female leaders of the industry could join this, too. Agriculture needs more women and, with more moral and practical support, the number will increase.

13. So-called “internships” can last unpaid for two weeks, but after that the living wage comes in to force.

14. Local agricultural showgrounds should be granted some rate relief in return for ensuring that all food supplied to and at the showground comes from the county itself.

15. Food shops, whether they are independently run or (more usually now) in a garden centre with no connection to a farm, cannot automatically call themselves a “farmshop”.

16. And finally, of course, as a proud (genuine) farmshop owner, there’ll be a special set of rules introduced concerning the supermarkets so I’m giving these their own sub-section:

a) Supermarkets will pay all their suppliers by the 16th of the month following the invoice date.

c) No supermarket will sell any product at less than the cost of production plus a reasonable profit for the farmer.

d) If supermarkets wish to do a buy one, get one free, the supermarket will always take the hit, never the producer.

e) Supermarkets should be taxed at 200% of the cost of all vegetables and fruit rejected by supermarkets as being too small, too big , too wonky – this money is then allocated to charities or organisations who do great work using this veg (Rubies in the Rubble is a great example of this)

f) Supermarkets should be walloped by the Advertising Standards Authority if they promote stuff on posters or in adverts which is disingenuous (say, caged eggs as free range, or intensive pork advertised showing green grass and sunshine).

That’s it for now. I’m sure that I have missed some rules, but my dictatorship is amenable and open to suggestions. It is benevolent after all.