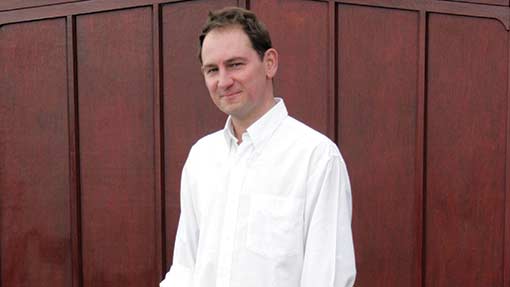 Many farmers still use this as justification for buying an expensive field, even though Twain was well known to be a hopeless investor. Is it really always a good time to buy land?

Clearly, land ownership always makes economic sense in the long term. Unfortunately the average human lifespan isn’t “long term”. It is usually the next generation who see the benefit. Farmland value doesn’t grow with inflation in a linear fashion, it ebbs and surges.

See also: Read more from Neale McQuistin and our other columnists

With hindsight, we all recognise that land was undervalued a decade ago and we are all kicking ourselves furiously. This does not mean that it will be prudent to try to make up for it now that the pendulum has now swung in the opposite direction.

There are clear signs land prices are over-heating; most notable is the disparity between the price of land and its rental value. The return on capital which most landowners are achieving is actually poor. Thank goodness the Exchequer gives them such generous tax allowances.

As many readers will testify, landlords in some parts of the country are now seeking large rent increases. In some cases, they are achieving them but this seems based on the questionable assumption that the UK will meet its electricity needs from maize crops. I’m not convinced that it will and I question if these higher rent levels can be sustained. The reality is that consumption per capita is falling in the West causing some commodity prices to ease. Our costs, meanwhile, are increasing as we compete with the East to buy our inputs. Our short-term prosperity isn’t guaranteed.

“We are in the latter stages of an economic bubble which will soon burst.”
Matthew Naylor

“Ah,” you say, “but the long-term prospects are good. The global population is expanding and getting richer. The area of farmland is shrinking, because of urban sprawl and climatic change.”

While these facts are indisputable, the conclusion that they will drive land prices yet higher is not.

Most of the additional two billion people on the planet by 2050 are predicted to be African or Indian. It is hard to see how growing birth rates in these countries will affect agricultural prosperity in the developed world. Most likely these countries will find greater productivity from their existing resources as their education systems improve. They won’t have the cash to import food from us even if they don’t.

In the Western world, the population is set to grow more modestly. Our drive towards a low carbon economy will alter our diets and agricultural systems monumentally. Calorie consumption could actually fall and we will almost certainly provide better nutrition from less land and fewer inputs. If land does become too fiercely-contested, we will simply start farming the other 70% of the planet’s surface – the oceans. This would be a great place to produce our meat, our biomass and hydro-electric power. Future generations, with beautiful hair and complexions from low-calorie, algae and fish-based diets, may wonder why we flushed our toilets into such a productive and essential growth medium.

The world has changed in a way that Mark Twain could never have envisaged, but we all know his advice still holds up reasonably well. For a good farmer with a vision, there is never a bad time to buy the right piece of farmland. Short-term speculators are different, however. I have a nagging feeling the bubble could soon burst and they may just get soap in their eyes.

Matthew Naylor farms 162ha of Lincolnshire silt in partnership with his father, Nev. Cropping includes potatoes, vegetables, cut flowers and flowering bulbs. Matthew is a trustee of LEAF and a Nuffield scholar