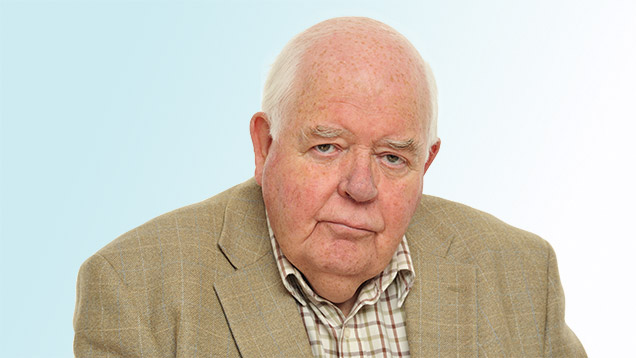 I ran into a friend who sits on the Red Tractor Assurance Technical Committee a few days ago.

I had just finished a conversation with an irate group of beef farmers from the south west and, reflecting their mood, I said to my friend: “I gather you’ve made a bit of a pig’s ear of whole-life assurance for beef.”

When he’d calmed down a bit, he retorted: “Not you, too. I expected you’d be in favour.”

To which I countered that it was surely unreasonable to try to lock beef producers into systems that did not suit them or their farms. There are many cattle breeders who are unable to finish the animals and many finishers who do not, or cannot, breed. He replied that I was right, but that the proposal (which is actually a consultation document, comments on which are due in by today, 27 March) goes out of its way to recognise that fact. And he handed me a copy of the document in which the various options are spelled out.

Now, I should admit that I do not produce beef at present, although during my farming life I have owned a single-suckler herd and finished many yards of steers. So, although those experiences were some years ago, I am not a total novice.

But I was surprised when I discovered from the documentation that the current beef scheme only covers 90 days before slaughter. Few breeders and rearers, apparently, are involved in assurance. And it does seem eminently appropriate that they should comply with the rules of good animal husbandry and welfare. Quite apart from being consistent with other Red Tractor products, it would provide modern consumers with what, I suspect, they think they are buying already.

The other big surprise was that these proposals have been gestating for about five years, but each new version has been rejected and sent back to Red Tractor. Doubtless because of that history, the present proposals tread very gently and slowly towards a scheme that, if approved, will not be completed for at least two years.

OK, so none of us likes paperwork. But a two-page self-assessment in the first instance should not be too daunting. And most of that is a tick-box exercise inviting applicants for registration to the proposed new scheme to confirm they use best practice and obey the law of the land. Naturally there are concerns about potential cost, but that too appears to have been dealt with sensitively.

Perhaps critics of whole-farm assurance are worried it might restrict their ability to buy and sell cattle, but that activity is already under scrutiny by government vets seeking to limit the spread of TB and to know where every animal is were there to be another foot-and-mouth epidemic. I cannot see how adding a couple of sheets of paper recording how animals had been kept while young would have much effect on legal trading.

Feelings are running high in some areas at the possibility of another ”regulation”. But if it secures better markets and consumer satisfaction, it will surely be worth it. We live in an age when we have to document everything we do. We have to write the history of every grain of wheat, barley and oilseed rape we sell off this farm. Some beef farmers have escaped part of that up to now. But they should not be surprised it is coming to them, too.

David farms about 400ha (1,000 acres) of arable land near Norwich in Norfolk in partnership with his wife Lorna and his son Rob