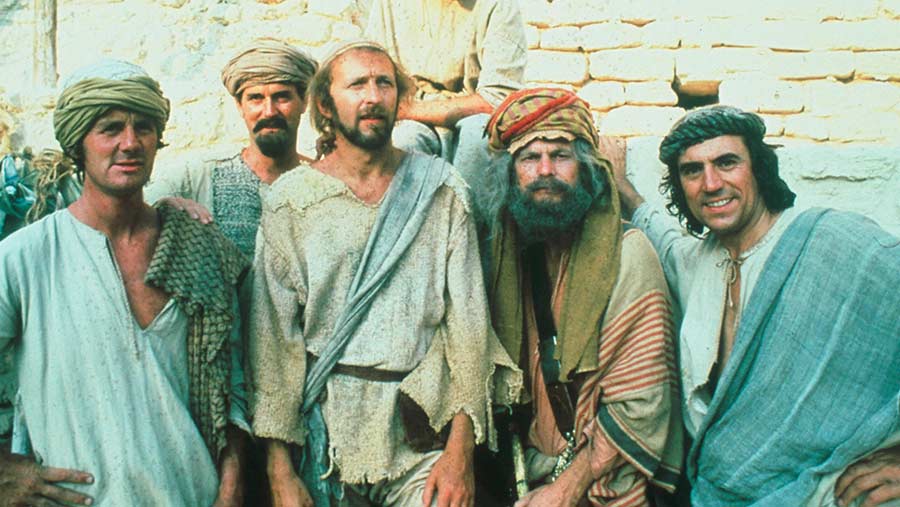 “The only people we hate more than the Romans … are the [expletive] Judean People’s Front.”

This is a classic line from Monty Python’s Life of Brian, where the hapless Brian is pilloried by members of the People’s Front of Judea for having misidentified them as the Judean People’s Front.

This satirical take on the absurdity of internecine rivalry between two fundamentally aligned organisations lampoons the often petty and myopic self-interest of organisational politics in the face of much more serious issues.

We are reminded of this most obtuse of human failings on a daily basis, as our political parties seem intent on tearing themselves apart from within, while the country grapples with perhaps its most significant socioeconomic challenge of the post-war era.

Farming, it would seem, is not immune from it. Just when you felt the dairy sector was emerging from a long hard winter of discontent, it appears have shot itself in the foot again with a public and rather pointless spat over the supposed moral high-ground of free-range milk.

In an article titled “Farmers in a froth over free-range milk”, The Times reported last week that the confusion that is the UK’s liquid milk market is “about to get worse with the introduction of free-range milk by two brands that cannot even agree on what free-range means”.

It then went on to offer selected highlights of a Pythonesque squabble between the two protagonists in a debate that really should never have seen the light of day.

The net result? The dairy sector overall won no friends, as two niche-market milk producers argued which cows were the happiest – with the implication that the rest were anything but.

The debate was placed in excruciating, albeit misleading, perspective by a graph displaying an apparently precipitous decline in the market share of cows’ milk over the past two years.

The piece also referenced the usual rent-a-mob of animal rights groups, along with one of conventional dairy’s most vocal critics, the Soil Association.

The organic lobby must have been especially delighted with this late Christmas present, given that it is they who stand to gain the most from it.

After all, heightened confusion in the dairy aisles is likely to drive well-intentioned and well-heeled consumers firmly back into the bosom of those concepts that they feel they misunderstand the least .

At a time when clarity of direction and leadership in a dysfunctional dairy sector is so badly needed, is this ill-conceived and divisive plan really the best we can come up with?

And we wonder why we struggle to extract a greater share of the value chain out of the market place. You really couldn’t make it up.

The dairy sector has made great strides forward in recent years in terms of the productivity and the health and welfare of dairy cows, which in turn is delivering genuine and measurable economic, nutritional and environmental benefits for all consumers.

All of this progress transcends the petty production-system tribalism that has, for too long, divided the industry and made us all more vulnerable to an increasingly unforgiving marketplace.

Collectively promoting real and lasting gains through simple, unambiguous, consumer-focused messages is how we should all be building confidence and value in both our industry and in the fantastic product we produce.

Marketing gimmicks that create confusion and undermine consumer confidence in milk on the other hand damage us all.