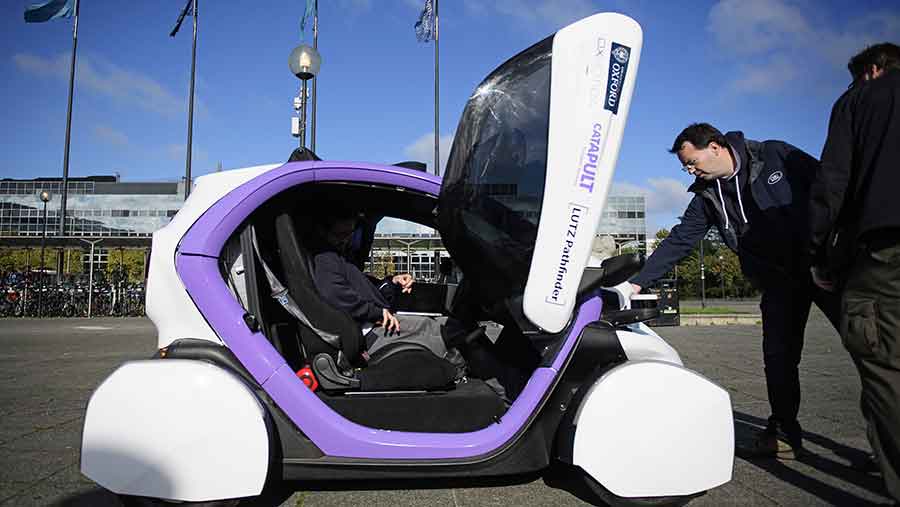 Are we going to be replaced by robots?

Given all the recent coverage on the advance of technology, driverless cars, trucks and even tractors (as featured on BBC Countryfile earlier this year), you might think so.

Some of this might sound rather sinister, but I think these new developments should be regarded as an opportunity, rather than a threat.

In some ways it would be great to be able to use a driverless car in the countryside. People with failing eyesight and reflexes would be able to retain their independence in safety.

I can think of at least one aged relative who really should have stopped driving years before he finally surrendered his car keys.

He would sometimes give us a lift home from school and I used to spend the entire journey with my eyes closed and my fingers crossed.

We never actually hit anything – partly because our speed never rose above 40mph and partly, I suspect, because the car was a very noticeable metallic peppermint green, which made it easier for other motorists to identify and avoid.

Driverless cars could also transform the viability of country pubs. Imagine having the option to go out for a drink without having to worry about having a designated driver.

The question is whether the navigation systems on these cars will ever be comprehensive enough to cope with narrow, winding, potholed country roads where it is sometimes necessary to take to the verge to let another vehicle pass.

I get the impression that in theory it would be possible, but in practice this may be limited by practical and commercial constraints in remoter areas.

The technology of driverless tractors is here and working – with a project under way at Harper Adams University to farm a hectare of spring barley exclusively using robots.

However, our hill farm is probably not the target market; our tractor currently does about an hour a day during the winter and not very much in summer.

In addition, you wouldn’t give much for the chances of a robot vehicle going off-piste on our hill. Even an ATV piloted by an expert with the experience, agility and mental dexterity of Jake has come a cropper from time to time.

Yet while the hills might be the last bastion of traditional farming, some robot tools could help.

The thing that might be useful to us would be some sort of drone which could provide live-streaming to allow us to check the sheep and the cattle remotely.

This would enable the speedy identification of any animal in need of attention, before getting on with other things.

It would be particularly good if you could operate it from a comfortable chair, indoors, with a cup of tea at hand.

Perhaps a drone could be developed with sheepdog sound effects, which could be operated remotely to actually herd the sheep as well as observe them. Optional extras could include night-vision and a gun to deal with foxes at lambing time.

But let’s not get carried away. These drones would be no good in fog and some are apparently currently a bit dodgy in rain and snow, which probably represents around 50% of the average year and around 90% of the occasions you would most wish to use the technology.

Furthermore, live-streaming might be tricky in an area where we currently have little or no mobile phone coverage.

There are robotic applications which could be developed to make life easier for all of us, but they may be a long time off.