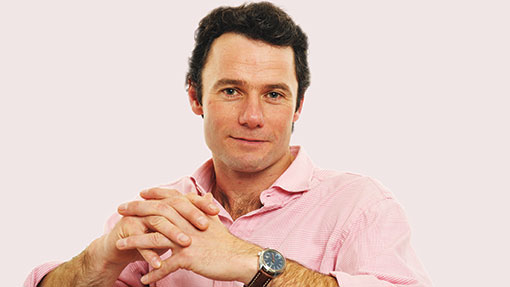 The planning officer’s pen is a powerful tool. Red felt-tip circles on a planning map that define a new development can divide communities. In towns, they call it Nimby-ism, (not in my back yard-ism). This refers to people’s willingness to support a particular permission so long as it isn’t on their doorstep. But in the countryside we are a little less consistent. We are all guilty of a bit of Nimby-ism. If HS2 were routed through my farm or the equivalent of Hinkley Point were granted permission next door, I too would be objecting. On a more local level, wind farms and solar parks can be divisive between neighbours.

But the less talked about Bomfnot (build on my farm, not on theirs) can be found in every farming community where development has or is likely to take place. It is understandable, I suppose. How would you feel if you farm next door to “Supermarket Sam”, who made gazillions of pounds selling a few acres to Nosh ‘R’ Us? Your beautiful view blighted by the out-of-town superstore… plus, if the planner’s pen had circled the map half a mile down the road, it would be you who had the enviable task of deciding which grouse moor to shoot next year.

But there is a recent law change that means farmyards could become lucrative construction sites. Permitted development will allow agricultural buildings to be converted into a maximum of three residential dwellings. At long last, farming has been a constructive (geddit?) way of facilitating some succession planning by building houses for staff or a new home for a retiring farmer to free up the farmhouse for the next generation.

But you could argue the policy penalises the progressive. If permitted development rights have been used as a part of business expansion, either since March 2013 or in the past 10 years, whichever is the lesser, you will not be allowed to take advantage of this change.

I understand that policies are never perfect, and the exceptions are there to stop people erecting farm buildings this week so they can convert them into houses next. But it seems rather harsh that those who are investing in their farms for the future by building new grain stores or stock sheds under permitted development are penalised. Besides, they may be the very farms that will require additional housing to serve their expanding business.

Government think-tanks suggest there is a need for an additional 290,000 houses to be built every year. So this recent change in permitted development is just one avenue to meet some of that shortfall. But pressure on the government to further relax planning policy to allow larger house-building schemes will inevitably create more and more Bomfnots seeking their Willy Wonka golden ticket.

So what is the downside? If Farmer Geoffrey sells his farm to developers and becomes Geoffrey Garden-City, he has two conundrums to tackle: one that makes him the envy of his neighbours, the other sparks their wrath. He has surplus cash to spend, cue purchase of shiny machinery and envy. He also has a tax issue to address. Solution, roll-over relief that inevitably leads to the purchase of land at a level which pushes up the value of land in the surrounding area… and wrath.

Gazing into the future, planning policy may need a dramatic overhaul to meet the demand for houses. I only wish roll-over relief had existed when my great grandfather sold what is now the middle of Harpenden for £200.

What do you think about this topic? Have your say by emailing fwfarmlife@rbi.co.uk or go to our forums