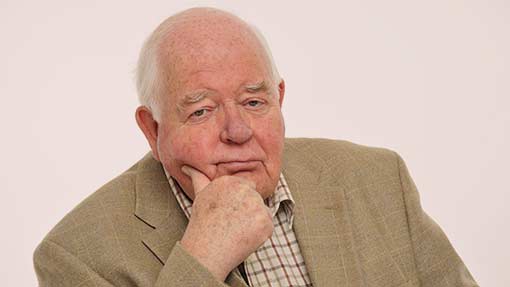 Turkish agriculture is full of contrasts. The recent Farmers Weekly study tour visited one herd of 3,000 dairy cows and another of 1,500 where milk yields, breeding and the condition of the stock matched – and possibly exceeded – some UK standards. But on the way to those units we passed small groups of cows grazing roadside verges that would not have looked out of place in a developing country.

There are about 20 such large, well-managed herds, often corporately owned, across the country, we were told. And they have contributed to an increase in national milk production that has doubled since 2002. Their construction and development has been encouraged by generous subsidies from the Turkish government and, surprisingly, by additional financial support from the EU.

The justification for EU aid is that Turkey is an “applicant nation”. Indeed, it’s been trying to join Europe for 30 or more years and the cash is to help the country comply with the regulations and standards the EU requires. We came across this phenomenon most days as we travelled through Turkey, with evidence of EU funds allocated to a variety of enterprises, from large goat milking herds through cheese dairies and cherry orchards to tiny restaurants providing employment for village women.

Indeed, a wide range of subsidies from a variety of sources has contributed to significant increases in production of most farm commodities. There are headage payments for sheep and goats, cattle insemination grants of between £25 and £50 depending on the rating of the bull used, grants for buildings, tree planting, fuel purchase, feeding stuffs, organic conversion and so on.

In addition, the government funds 58 agricultural research institutions covering the complete range of livestock and crops produced in the country. These work closely with advisers whose services are provided for a nominal sum to the country’s 2.5 million farmers. In other words, a system similar to that which we had in the UK before most experimental farms were closed and Adas as a free service was removed.

All this has resulted in improvements in self-sufficiency for food for Turkey’s population of 80 million and enabled exports of some commodities. The country is now 100% self-sufficient for fruit and vegetables, 90% for grain and 70% for meat. For example, one corporately-owned chicken meat company we visited is now exporting 40,000t of meat a year after a standing start only 10 years ago.

But one of Turkey’s problems is that between 25% and 30% of the population work on farms. Attempts are being made to reduce that number, but it takes time and some of the main commodities produced are labour-intensive – such as hazelnuts, cherries, figs and apricots – of which Turkey is the leading producer in the world. Another is that the government is encouraging organic farming which, as we know in this country, uses a lot of labour.

But perhaps the biggest long-term problem Turkish farmers face is lack of water.

Across the huge central plateau, where most cereals are grown at altitudes above 900m, the only way to grow decent cereals and other crops is with irrigation. On the better land, where that is possible, farmers can grow 10t/ha of wheat and good crops of potatoes and sugar beet. But where there is no water and drought conditions rule – as this year, when in some areas there has been only 100mm rain through the winter and virtually none since – cereal crops are a potential disaster. And in 20 years, or less, it is predicted the aquifers will run dry.

It looks as if Turkish farming will become even more full of contrasts.