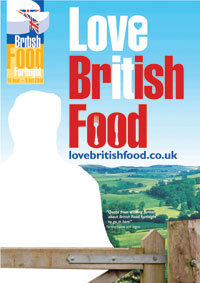 The 10 people shortlisted to become the “face” of this year’s British Food Fortnight campaign have been named.

The contest, run by British Food Fortnight and Farmers Weekly, has scoured the nation for the face that sums up all that’s best about our food and farming industries to appear on tens of thousands of BFF posters associated with this nationwide event.

Entries flooded in from people of all ages and all backgrounds, which were then narrowed down to a shortlist of 10.

Our celebrity judge, agent-to-the-stars Max Clifford, has been giving us the benefit of his huge public relations experience to help pick the winner.

That person will have a face that conveys the characteristics of which our farmers can be proud – such as wholesomeness, hard work, integrity, tradition and healthiness.

You can see the shortlisted faces here.

The winner will be announced at a prestigious British Food Fortnight event in London on 22 April, which will be attended by HRH The Duchess of Cornwall.

You can see the results of our photoshoot with the newly crowned Face of British Food Fortnight 2010 in FW’s Farmlife section on 23 April.

• The winner will also receive a £300 Great Inns Gift Voucher, allowing them to stay in any of the 22 independently owned, historic Great Inns across the UK and sample award winning menus, using the freshest, regional produce and locally sourced ingredients.