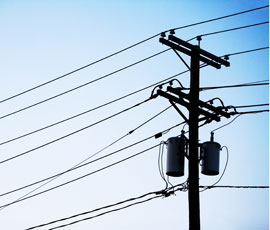 Fines totalling in excess of £50,000 have been levied on a Bedfordshire poultry company after an industrial accident in which a steel erector was electrocuted.

C and P Bird Brothers of Sunny Farm, Swineshead, Bedfordshire, and director Peter Bird, admitted breaching health and safety at work regulations, and construction and design regulations, during  a hearing before  Luton Crown Court on 27 May.

The court heard that, in June  2009, steel erector Mark Rushbrook, 24, was part of a construction team erecting two new poultry units when the scissor lift on which he was working touched an overhead power cable and he received an electric shock which severely burned him and caused internal muscle damage.

When Health and Safety Executive inspectors visited the scene they found that the power cable was just within just 4.3m of the new poultry units.

The court ruled that the company had failed to identify the potential risks of working near overhead voltage lines and had not put necessary precautions in place, including notifying the relevant authorities.

Construction companies working at the site – including Morspan Construction from South Wales – were also  fined a total of £95,000.

After the case, HSE inspector John Berezansky said: “As construction work is a high risk activity with significant numbers of major and fatal injuries, good planning, communication and co-operation are needed constantly. Unfortunately, all the defendants in this case failed to achieve this.

“That Mr Rushbrook’s injuries were not fatal is only a matter of luck. A lax attitude to health and safety is not acceptable, especially when so many incidents are completely avoidable by taking common sense actions and precautions.

“The safety standards for working near overhead power lines are well-known and readily available.”