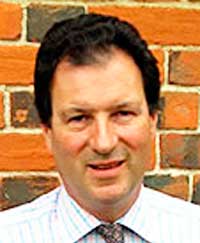 The Royal Agricultural Society of England (RASE) has appointed Henry Cator (pictured) as chairman after Hugh Oliver-Bellasis quit the role.

Mr Oliver-Bellasis’ reasons for leaving the position last week (7 August) remain unknown, but Mr Cator said outgoing chairman had worked tirelessly and effectively to make “significant changes” within and to the Society.

“Not least among these was to encourage the society to bite the bullet and announce the closure of the Royal Show, which had been a severe drain on RASE’s resources,” he said.

“He has seen the society through immensely difficult times and was someone with whom I and the TFA were pleased to work,” he said.

“His open and honest style may not always have been appreciated but it is, I believe, what was required.

“I have a great affection for RASE but it now needs to get to grips with its future role and we will work with its new chairman to that end”.

Mr Oliver-Bellasis’ tenure had overseen some difficult times for the society, including the last-ever Royal Show in July.

The society also came under fire when the Royal Association of British Dairy Farmers announced in July that it was moving the Dairy Event and Livestock Show from Stoneleigh to the NEC.

Mr Cator agreed the society had been through “some difficult times”, but said it was “a great honour” to take over as chairman.

“We now have a programme of new events in place, following the end of the Royal Show, to make RASE a very successful and relevant institution, dedicated to the further development of UK agriculture, the rural economy and the countryside environment in which it operates.”