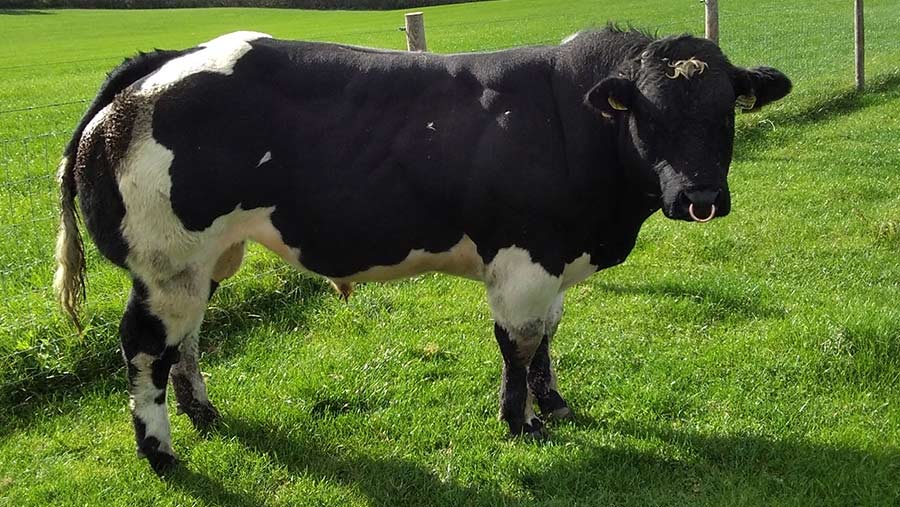 Emyr Wigley has generated the money for Royal Agricultural Benevolent Institution (Rabi) and Ovarian Cancer Action by building a herd of British Blue cattle after losing his wife, Evelyn, in 2015.

Alongside other fundraising activities, he periodically sells stock from his Llansantffraid-based Old Stackyard herd to support the two charities which are dear to his heart. 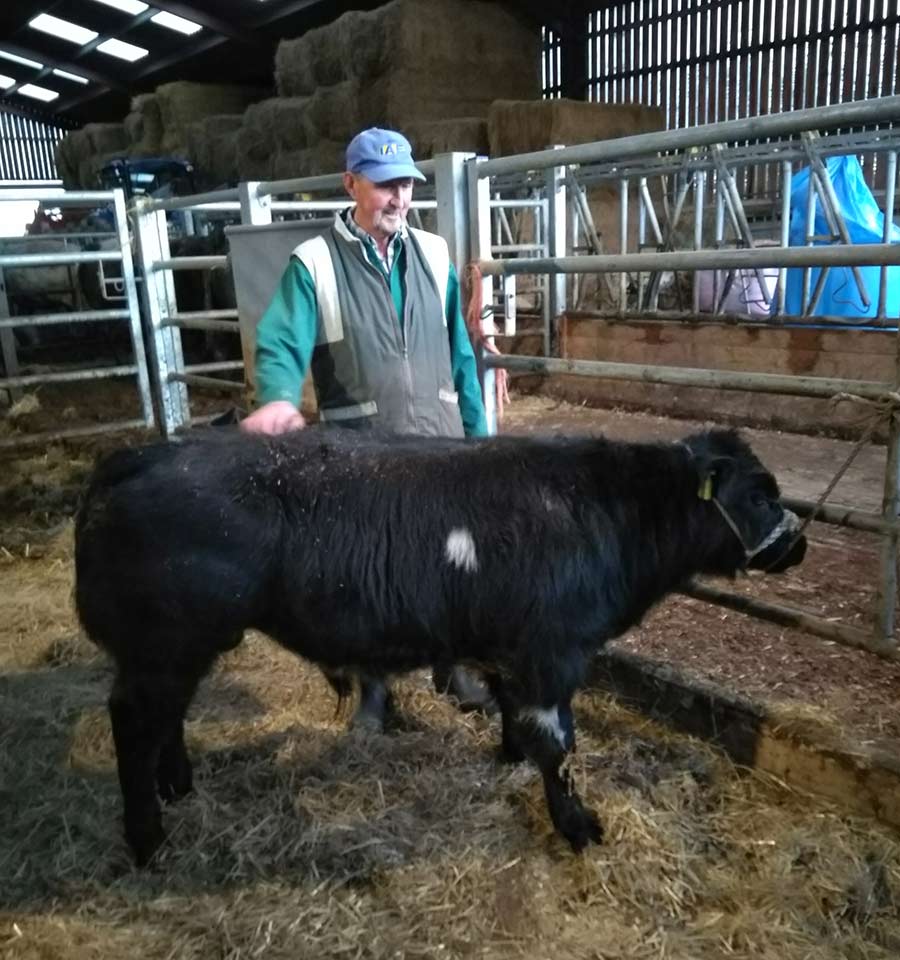 The Powys farmer has vowed not to let the Covid pandemic scupper his plans and, facing the possibility of not being able to transport stock to auctions, could sell 12 to 14 animals privately between now and next summer.

“I won’t let Covid throw me off track – I’m determined to keep going,” he says.

“It was a devastating blow to learn in the first few years of our retirement that Evelyn had ovarian cancer. The reason I started this charity work was because it was such a tragedy that my wife never had any enjoyment from her retirement.

“Evelyn and I built up a dairy herd with hard work and long hours,” explains Emyr.

“Our plans for travel, our caravan holidays, and walking in the beautiful British countryside loved by us both were put on hold until our retirement, but she developed ovarian cancer in 2011.

“She was a very special lady, kind, caring and multi-talented and, after a lifetime of work, the majority of her retirement years were stolen from her. Whilst tragically too late to help my dear Evelyn, I wanted to do something to help combat this evil disease as a tribute to my wife.”

Among the current offering of stock are five bulls, including the 15-month-old “Omar” who Emyr reckons could command a price tag of as much as £10,000. “He’s the star of the show.”

There are also in-calf cows with calves, and potentially a draft of heifers.

Before their retirement, the Wigleys had run a small herd of British Blues alongside their dairy animals, but Emyr started another herd in her memory, and bought three cows with calves which were also in-calf, plus five maiden heifers from some of the UK’s top breeders. It’s all Level 1 Herd Health with naturally calving bloodlines.

He runs the herd on 3.3ha with a badger-proof fence, with purpose-built housing next to the paddocks.

Before Covid-19 struck, Emyr also hosted an open farm evening, giving the public an opportunity to view the animals and look around “Eve’s garden”, which she designed and he maintains as caretaker, in his wife’s name.

Ex-director general of the CBI and patron of Ovarian Cancer Action, Lord Digby-Jones, was guest speaker at the evening, which was also attended by the then Rabi chairman Malcolm Thomas.

Rabi regional manager Becky Davies said: “Emyr’s story – and his commitment to both us and Ovarian Cancer Action – is remarkable. I’m sure Eve would be very proud of everything that he has achieved.”

Emyr, who’s also writing a memoir, recalls how the couple worked for other farmers for many years before starting to farm in their own right in 1980.

“We bought a shack and built it up into a farm with 200 dairy cattle. It involved a huge amount of effort and sacrifice and we had to borrow an enormous amount of money, but it was something we achieved together.

“Building the Old Stackyard herd has felt a bit like starting again, but I’ve had tremendous support from friends, businesses and the local community, so I’ve been able to keep my costs low and generate more cash when selling the cattle.

“I’m 75 and fortunate to have the health to do it. I’ve got a saying – if you’ve got good health, never waste it.”