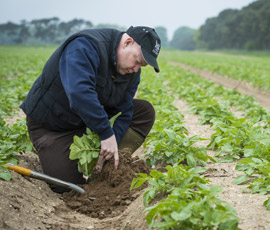 There has been a dramatic increase in the number of emergency grants paid out to working farmers in 2012, according to a leading agricultural charity.

In the first six months of this year the number of farmers who received emergency payments from the Royal Agricultural Benevolent Institution (RABI) was nearly five times higher than the same period last year.

“In the first six months of 2013, RABI has paid out as much as they did in the whole of last year,” said communications manager Philippa Spackman.

“Even though we budgeted for an increase in payments this year, we have already paid out three-quarters of the amount allocated.”

In four weeks in April the charity received 187 calls – almost as many as they received in the first four months of 2012.

The charity is anticipating another surge in the autumn, when the effects of almost 12 months of bad weather are reflected in lower yields and fewer livestock coming to market.