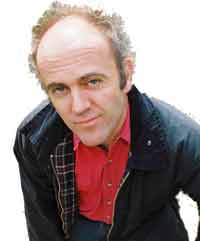 Yes, you’ve guessed it: after the briefest of respites (six months) things are back to normal in my corner of East Sussex – my beef herd is once more subject to the nightmare that is a bovine tuberculosis (bTB) cattle movement restriction.

Little wonder, then, that news that Wales intends to move ahead with a badger cull has caught my attention.

Welsh Assembly rural affairs minister Elin Jones has announced that she has “reached the decision to authorise the destruction of badgers within an area of Wales where bTB is endemic, which includes parts of Pembrokeshire, Carmarthenshire and Ceredigion”.

More than 9,000 cattle were slaughtered in Wales because of TB during the first 10 months of 2009. After tighter cattle movement controls, increased testing and a ‘zero tolerance’ approach to any farmer not complying with the regulations, that figure fell to 6,587 in 2010 over the same period.

Yet if anyone thought that, just because such an impressive reduction in infected cattle could be achieved without a badger cull, Ms Jones might be tempted to rely simply on cattle controls and abandon any action against the bTB ‘wildlife reservoir’, then they have seriously underestimated the lady’s political courage.

But I don’t farm in Wales, I farm in England and, to sort out my problems, I am relying on coalition farm minister, Jim Paice. You know, the same man who during the run-up to last year’s general election, when asked about a badger cull, said that a Conservative government would “get on with it almost immediately. We cannot go on with the absurd situation where we are killing more and more cattle every year and getting nowhere”.

The Lib Dems made the same sort of pre-election promises and, as part of the coalition agreement published last May, the new government announced: “As part of a package of measures, we will introduce a carefully managed and science-led policy of badger control in areas with high and persistent levels of bTB”.

However, it is now March 2011 and my understanding of the meaning of phrases like ‘badger control’ and ‘almost immediately’ are being stretched as thinly as the finances of an English cattle farmer trying to earn a living in a bTB hotspot.

More worrying still, Mr Paice’s more recent pronouncements on the topic of badger culling have suddenly started to include new phrases like “problems that have emerged”, “tough issues to crack” and even “may not go ahead with the cull”.

Let’s not be churlish. Mr Paice has not been entirely idle in his much-trumpeted determination to take forward his courageous fight against the scourge of bTB.

Since my herd broke down to bTB last month, I’ve had a two-hour visit from a Defra animal health inspector that went through every minute detail of my on-farm cattle movements.

She was very interested in where the reactors had been grazing in recent months. Had they been housed, she wanted to know?

We pored in great detail over maps of my farm as we studied where nose-to-nose contact might have occurred between my cattle and those of my farming neighbours.

Why, she even pointed out where double fencing might be put in place to prevent such contact in the future. And how thoughtful! She identified land where none of my cattle had grazed within the past two months, should I want to import replacements onto my holding.

All very comprehensive, but I couldn’t help but notice that in all those two hours I was not asked a single question about the black and white hairy things – and I’m not talking about Belted Galloways or Friesians.

Stephen Carr runs an 800ha (1950-acre) sheep, arable and beef farm on the South Downs near Eastbourne in partnership with his wife, Fizz. A third of the acreage is in conversion to organic status.

Read more from Stephen and our other Farmers Weekly columnists.