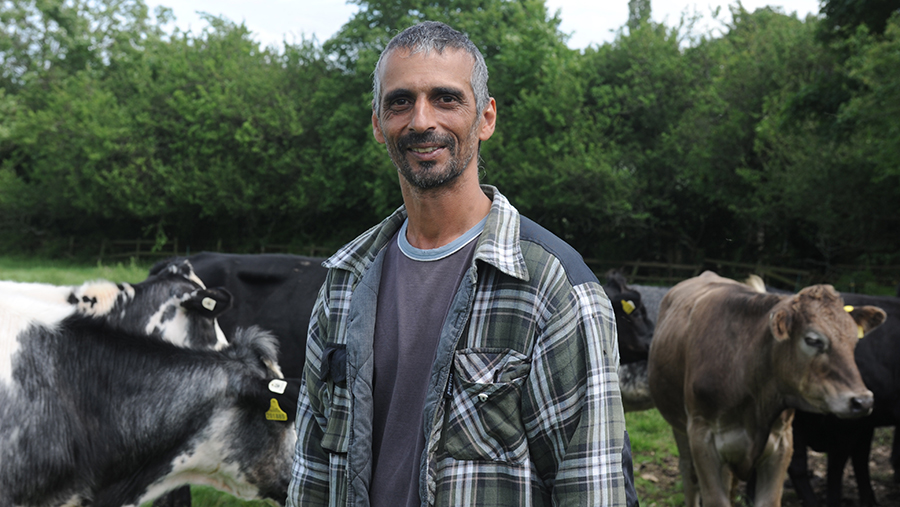 A fundraising page to pay for the funeral of a Wiltshire farmer who took his own life has attracted donations from around the world.

Hundreds of well-wishers raised more than £5,800  – including donations from the US, Canada and Norway – within hours of its launch on 1 January.

“The generosity of so many people from all over who are making donations and encouraging their friends and followers to do the same is staggering.”

Contract calf-rearers Jo and Steve Pile were finalists in the Beef Farmer of the Year category of the 2017 Farmers Weekly Awards.

Alongside their main enterprise, store cattle are grazed and taken through to finishing or sold as older stores. Steve also did groundworks and agricultural fencing.

Before the webpage was set up, Mrs Pile said she had been walking around the yard trying to work out what bits of kit she could sell to pay for her husband’s funeral.

“I’m totally overwhelmed by the support that everybody started offering me yesterday after my post about the funeral costs,” she tweeted on Thursday (2 January).

“The intention of that post was not about the money, but the impact of suicide. Thank you so much for organising this.”

The Farming Community Network operates a confidential helpline for farmers and other people in agriculture who are going through difficult times.

The Just Giving page for Steve Pile’s funeral is at https://justgiving.com/crowdfunding/steve-pile.