This year’s harvest has been a strange one. The drought meant that the barns didn’t quite fill up but the lack of rain certainly made planning easier.

Last year I was constantly testing the moisture of the crops but this time I was more concerned about them drying out too much.

In my last column I wrote about the precautions we were taking in case a fire broke out and this proved to be a good decision.

Shortly after finishing the headlands on a field of rye, we had to deal with a potentially dangerous situation.

I think the combine must have caught a flint and set fire to some chopped straw, and it started to spread fairly quickly. 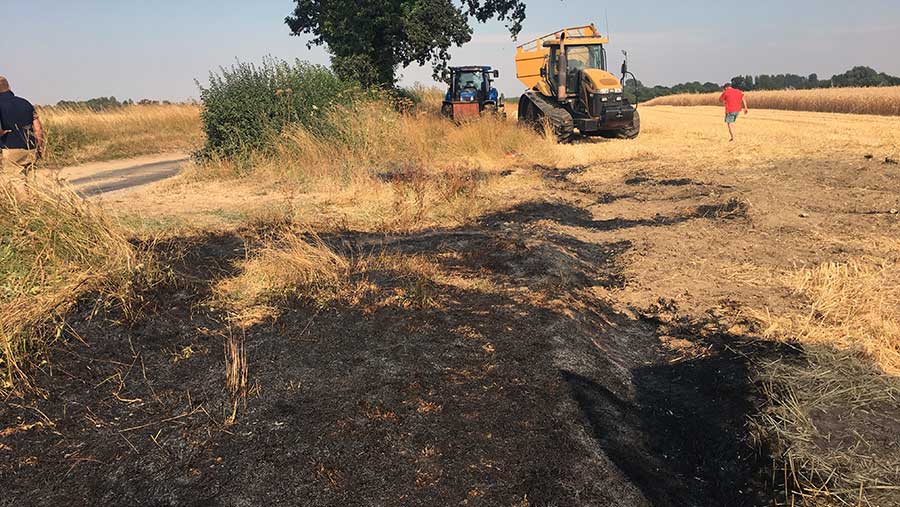 The aftermath of the fire; it could have been a lot worse

Luckily the wind was blowing away from the crop and the extra extinguishers we’d bought did an excellent job of putting out the blaze, but it was a close call.

I was back at the farm at the time, but rushed down there with a set of discs and some extra extinguishers, just in case we needed them.

By the time I arrived the situation was under control, but if the wind had been blowing the other way we could have lost most of the crop.

I’d seen pictures that other farmers had shared on Twitter of entire fields razed to the ground, so I was relieved that we didn’t have to go through that.

Of course up until 1993 farmers used to purposely set stubbles alight as a way of controlling weeds, but it was banned because of environmental and safety concerns.

There’s little doubt that if we were still allowed to do it, then blackgrass wouldn’t be such a big a problem, but I can certainly understand why it was stopped. 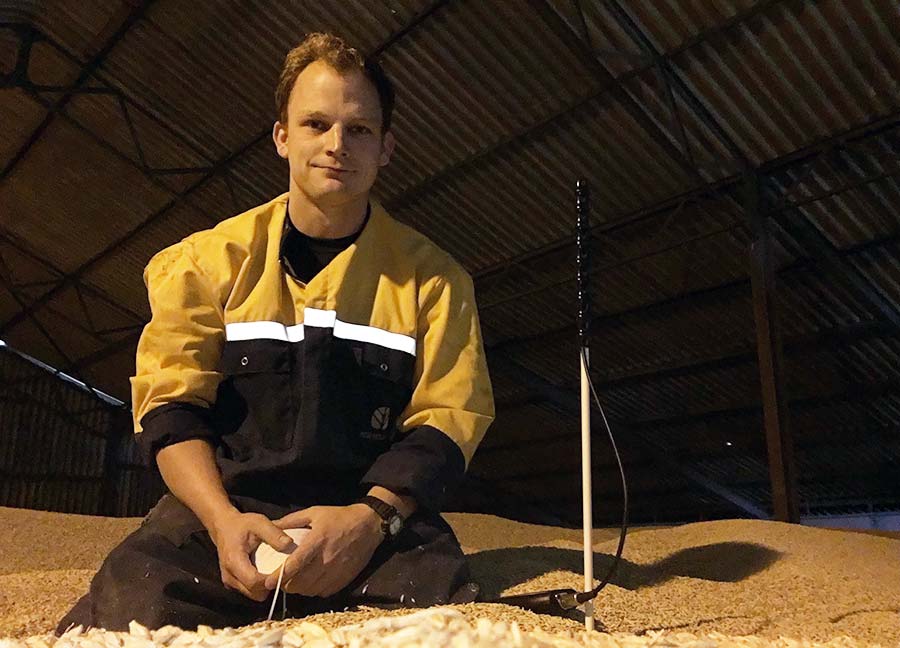 I’m sure if glyphosate ever ends up being banned there will be calls to bring back burning, but I can’t ever imagine any UK government agreeing to it.

Speaking of blackgrass and other unwanted plants, I’m hoping that we’ll have fewer of them on our farm this year.

We’ve spent quite a lot of time discing fields to try to chit as many seeds as possible.

The theory is that once they’ve been sprayed off and killed we can Sumo the land and drill into a relatively sterile seedbed. That’s the plan, but we’ll have to wait a while to see if it works. 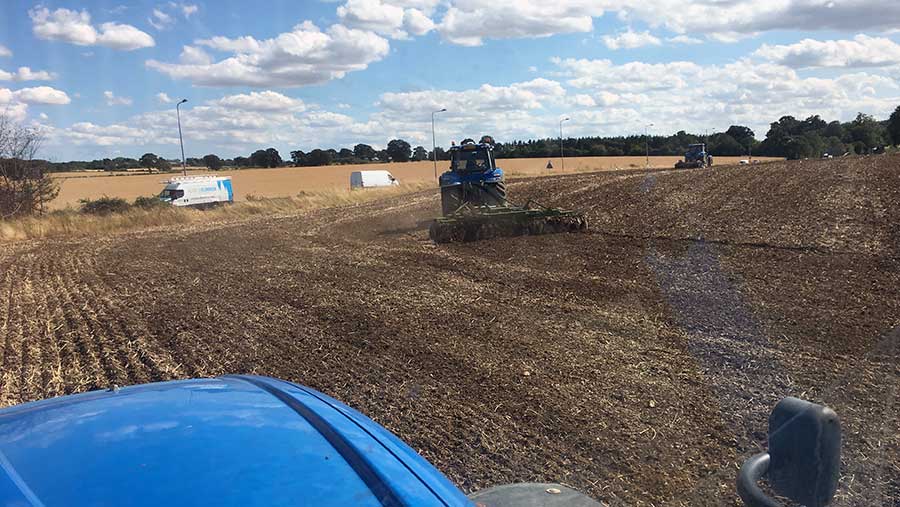 Three sets of discs are better than one: preparing the fields for drilling is a team effort

Away from land work, I’ve been busy checking on our harvested crops. As many of you will know, it’s really important to keep an eye on the temperature and moisture content once they’ve been put in the barn.

Last year the wet conditions caused us a few problems but this year everything has gone in fairly dry. I’m hoping this will make storing them easier, but I’ll keep checking them just in case there are any issues. 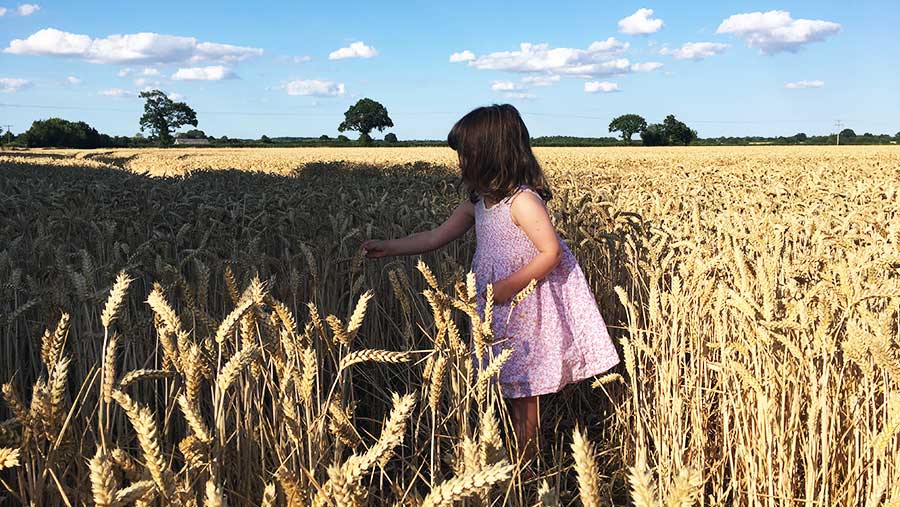 My daughter checking the wheat – she’s already learning about farming

In terms of yields, our winter wheat was down on last year and the less said about the spring wheat the better, but our rye and winter barley was actually better than in 2017.

I’m sure the next 12 months won’t be easy as we battle the elements once again, but I’m actually looking forward to it. I must be mad.