It has been a long winter. Usually by March spring has already kicked off and the crops have started to grow again, but it’s been a different story this year.

At the end of February we experienced some of the heaviest snow we have seen for decades. Several main roads were closed and anyone without a 4×4 was left stranded. 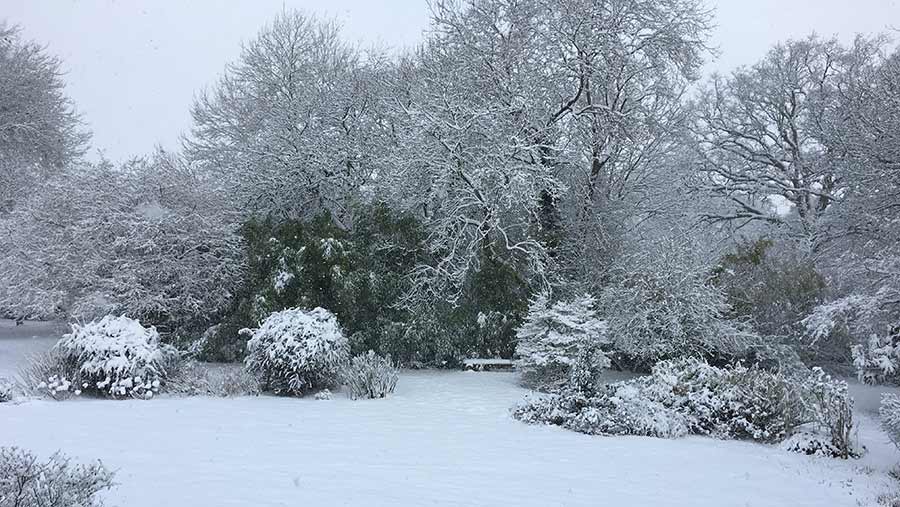 Everywhere you looked, they were pulling people’s cars out of the snow and digging out roads that had become impassable.

If Michael Gove needs help identifying farmers’ contribution to the public good, then this was a perfect example. 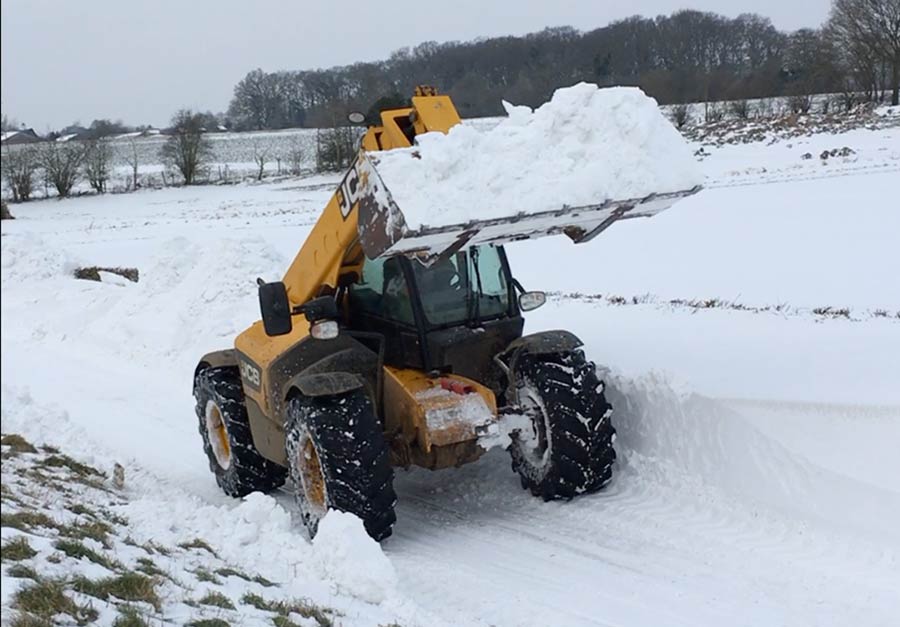 David Woods, one of our key men on the farm, cleared several local roads

The weather hasn’t been the only recent drama on the farm. Our black Labrador, Tipple, gave us all a scare when he went missing during a walk.

We spent most of the night looking for him with no luck, but he finally turned up the next day at a vet’s about 20 miles away.

Apparently he had been picked up by a concerned couple near our house and handed in at their local vets. I was so worried about him and it was a huge relief when we found out he was safe.

He certainly seemed happy to be home and was extremely obedient when I took him for a walk. I think the experience must have given him a bit of a shock and hopefully it’ll put him off going walkabout again. 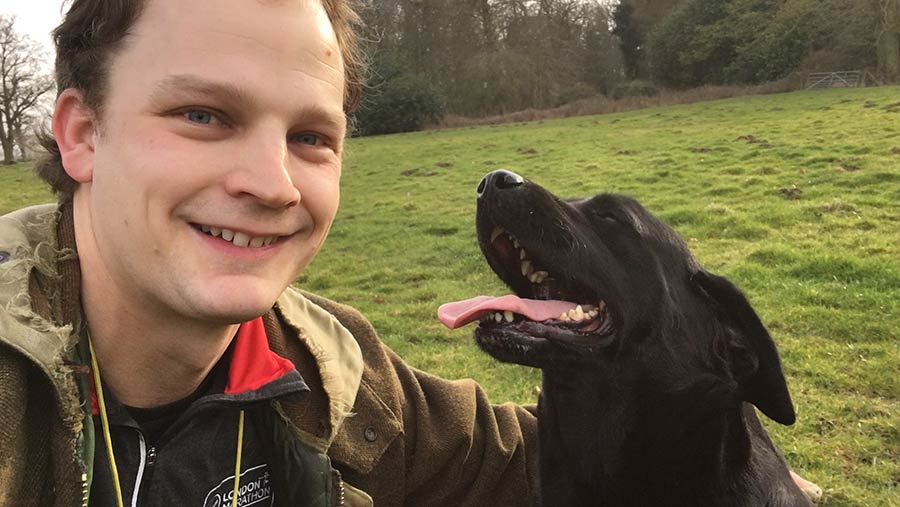 Reunited with Tipple. I was worried we wouldn’t see him again

There is quite a lot of focus on dogs in our house at the moment. Very soon we’ll be adding a new edition to the family – a black Labrador puppy called Winston.

It has been many years since I’ve had a puppy in the house, so it will be interesting to see how it goes. My wife and our two-year-old daughter are very excited, so I think it’ll be good fun having him around. 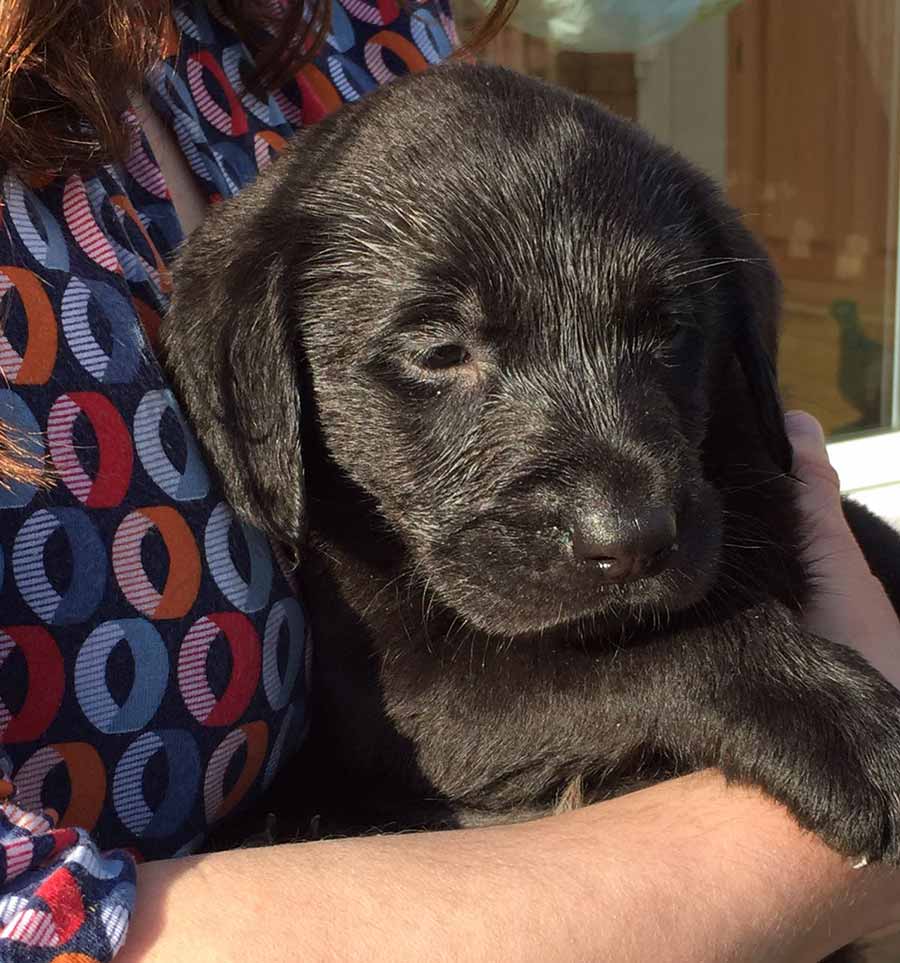 This is Winston. He’ll soon be part of the family

One of the nicest things about living in the countryside is feeling part of a community and I’ve started to do my bit by joining the parish council.

My dad decided to step down after almost thirty years’ service and luckily for me, the other councillors were happy to let me join their club.

As a local landowner, it is really important to have a voice on the council and I’m looking forward to getting stuck in over the next few months.

I really enjoy writing for Farmers Weekly and every now and again it gets you an unexpected bit of recognition.

A few months ago I was approached by the Stoke Ferry Agricultural Society to make a speech at their annual dinner. It seems they had been reading my column and thought I might be able to offer something interesting.

They’re an active group that usually book fairly high-profile speakers, so I felt slightly under pressure to make an impression – especially when I was told more than one hundred people were going to be in the audience. 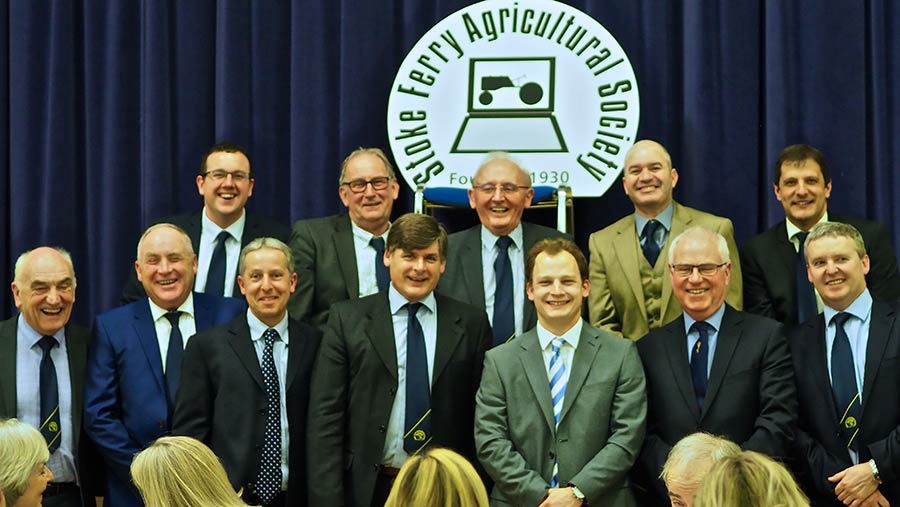 Me at the Stoke Ferry Agricultural Society annual dinner

I’m pleased to say that overall I think it went reasonably well. There wasn’t any heckling and several people complimented me on the speech afterwards.

It’s always difficult to get the tone right with things like this, but I think I just about got away with it. Maybe I’ll get the chance to do some more in the future.