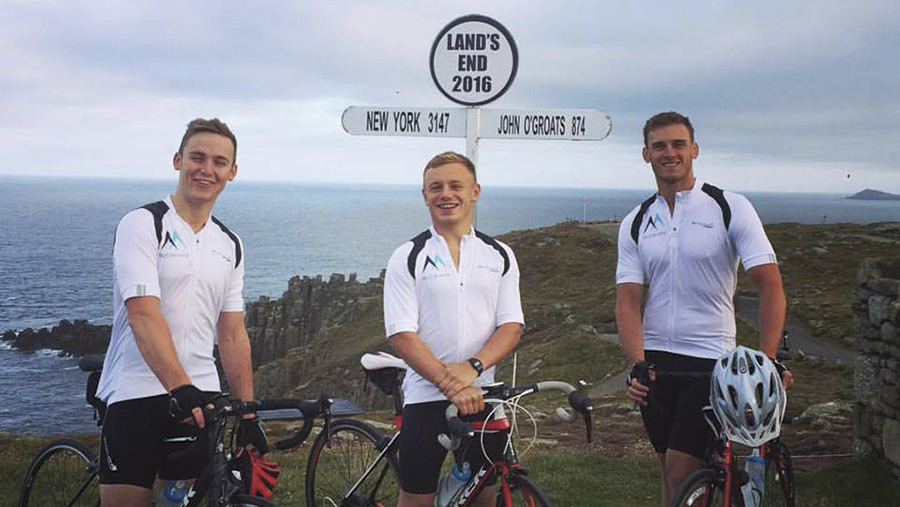 Harry, Tomos and Stephen (left to right) cycled through 15 counties

Following the tragic loss of their friend Rob, five of his pals set off in their trainers to run and cycle around the UK, raising money to support the trust his parents have set up.

Who, what, where and when?

Tomos Davies, Harry Stenton, Stephen Webster, Joshua Hosford and Toby May have been running and cycling all over the UK to raise money in memory of a good friend.

Initially, Tomos, Harry and Stephen cycled the length of the UK (964 miles) in nine days starting on the 28 August and finishing on the 6 September.

After this Tomos, Joshua and Toby ran the Great North half-marathon on 11 September with Tomos running it with 21 swedes in a rucksack.

Who for, and why?

The group completed the events in memory of friend Robert Stephenson who died in March.

Robert had been in his final year of studying agriculture at Newcastle University.

His parents set up The Rob Stephenson Trust, which provides donations to people around the world to assist them in education or sport.

So far projects have been carried out in Mongolia, Pakistan, Delhi, Sierra Leone, Brazil, South Africa and in the UK. 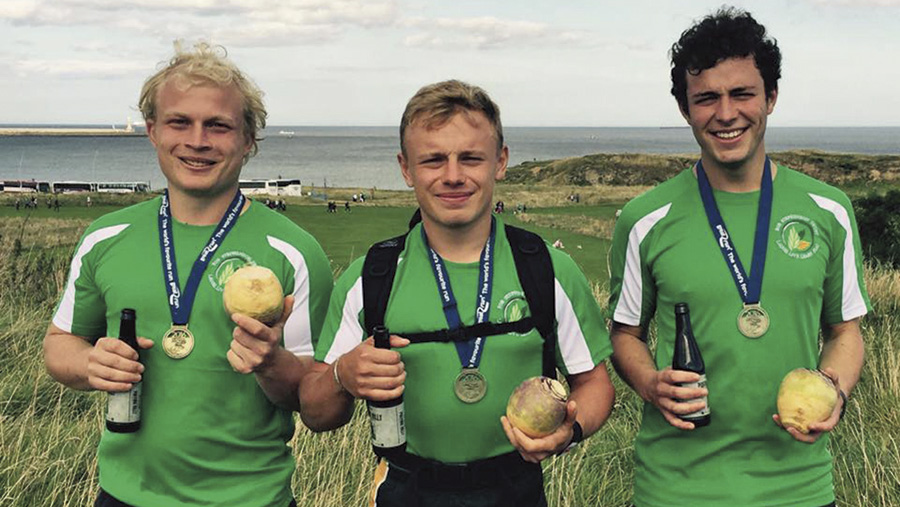 The preparation was extensive for both challenges with most of the summer spent in physical preparation.

The cycle ride presented additional challenges as none of the group had any experience in such a long event.

Both events were physically demanding; the cycle ride was more of a test of stamina whereas the run was over quickly but still very tough, especially as it was a particularly hot day.

The cycle ride took a lot of organisation, with a support van and multiple pit stops.

The highlight of the ride was the agricultural community’s support with people providing housing and food for almost the entire length of the country.

Cycling through Scotland was epic in its beauty, Tomos said.

The team said the highlight of the run was finishing by the sea on a beautiful day knowing they had raised a significant sum.

How can Farmers Weekly readers help to support the initiative?

Readers can donate online at www.robstephensontrust.com.