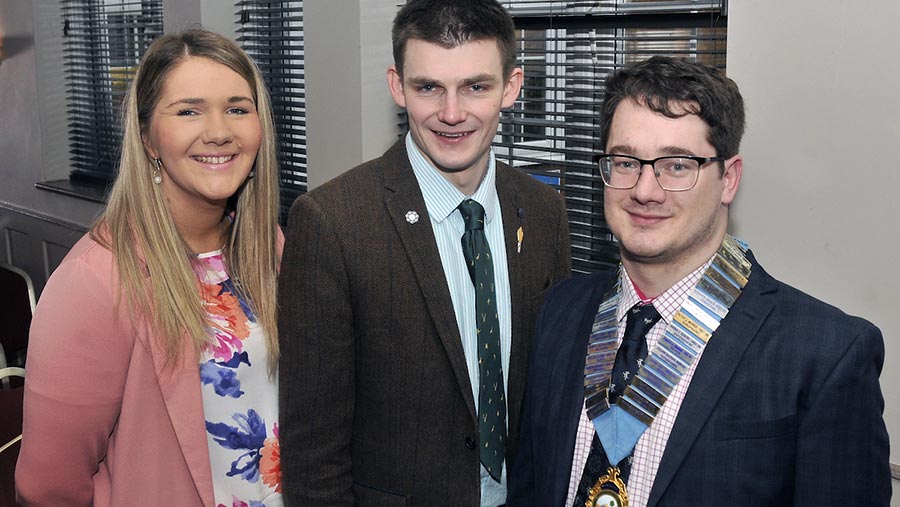 Young Farmers have been promised a year of change as the newly elected chairman of the National Federation of Young Farmers’ Clubs (NFYFC) says the organisation is developing a fresh strategy to meet the needs of rural youth.

Dewi Parry took over from Katie Hall as the organisation’s national chairman yesterday (16 February). The 29-year-old has been a member of Betws-yn-Rhos YFC in North Wales for 12 years and was previously the national vice-chairman.

Supporting Dewi in his role will be the new vice-chairmen, Rachel Goldie from Yorkshire and Edward Dungait from Northumberland.

See also: How young farmers can get started with their own arable land

He has been heavily involved in the drawing up of a strategic plan, following a difficult period for the organisation since its annual convention was axed and wrangling over a significant membership levy increase.

“I’m excited about the changes we have been discussing for the federation’s future and delighted to be at the helm during a year when they will start to be introduced,” said Dewi.

“British agriculture is facing unprecedented change, as we are too, as a nation, following our departure from the EU. It feels only right that NFYFC is also making a transformation.”

Digitalisation is said to feature high on the agenda for change, as well as clearer guidance on the role of the national body, county federations and clubs.

“The organisation has meant so much to so many over the last 88 years and we now need to ensure it remains relevant for future generations,” he said. “Listening to YFC members, it’s clear what is needed from our organisation to ensure we retain its strong position in the hearts and minds of our rural communities.”

Dewi and his two vice-chairmen will be responsible for leading the federation’s council and ensuring its members continue to develop their local clubs and enhance the image of YFC.