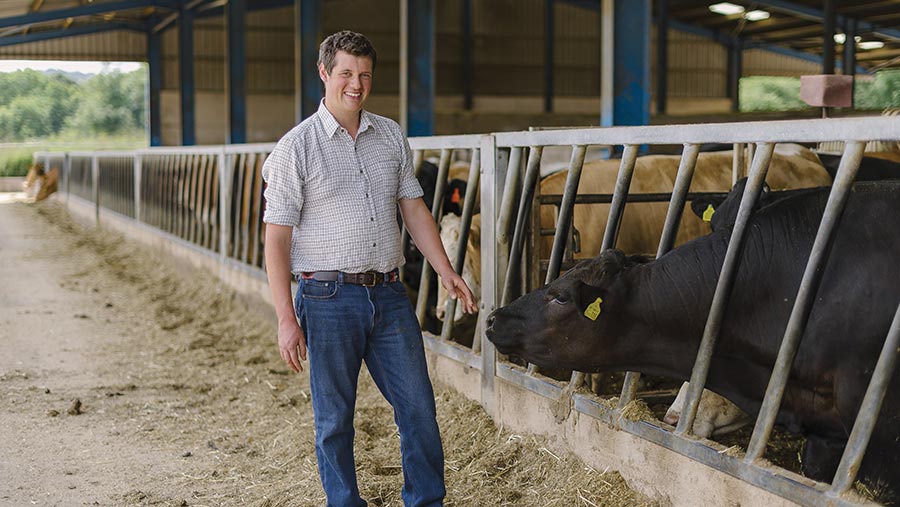 The last of our winter cereals should be in the ground and the farm will be settling down for its winter routine by the time you read this.

However, it’s a bit doom and gloom in the country. We’re facing increasingly tighter Covid-19 restrictions and, in the farming world, there is change afoot with the recent dismissal of the House of Lords amendment to the Agriculture Bill, which would have prevented the import of food not grown to our standards.

This feels much like when the Parliament Act was used to push through the 2004 Hunting Act. It has completely undermined the House of Lords and left many, especially MPs who have stuck their necks on the line to fight for farmers, wondering why they bothered.

Another issue that has divided opinion is a proposal to impose a levy on prime cattle over 27 months old to discourage producers from retaining older cattle and reduce the carbon footprint of UK beef. (See: Beef farmers split over ‘carbon tax’ plan for older cattle)

Are we now saying that yes, we want to reduce the carbon footprint of beef production by reducing the age that it is slaughtered, but it’s OK to import meat from the US, which doesn’t measure, monitor or manage its carbon emissions from beef and in many cases actually produces more carbon per kilo because of the intensive nature of production there?

It’s massively contradictory. It seems the 27-month model published by the National Beef Association demonstrates British farmers are aware and ready to reduce their carbon footprint, however the government is choosing to allow the import of a product that we can’t trace or manage.

Is the government planning to educate the British public more about where their food comes from, incentivise farmers through the Environmental Land Management scheme to produce cattle within the 27-month target and stitch the whole system together in a neat marketing package that the major processors and retailers can all get behind?

Well that would be fantastic, although I can’t see it happening. It wouldn’t be an easy journey, but that would be the way to create an added-value product which consumers could then make an informed decision on. You have to give the shopper the facts on British grown versus imported food.

As the old saying goes – if you want a job doing properly, do it yourself. So maybe rather than leaving it to government, our farming bodies need to pull together to push this forward.