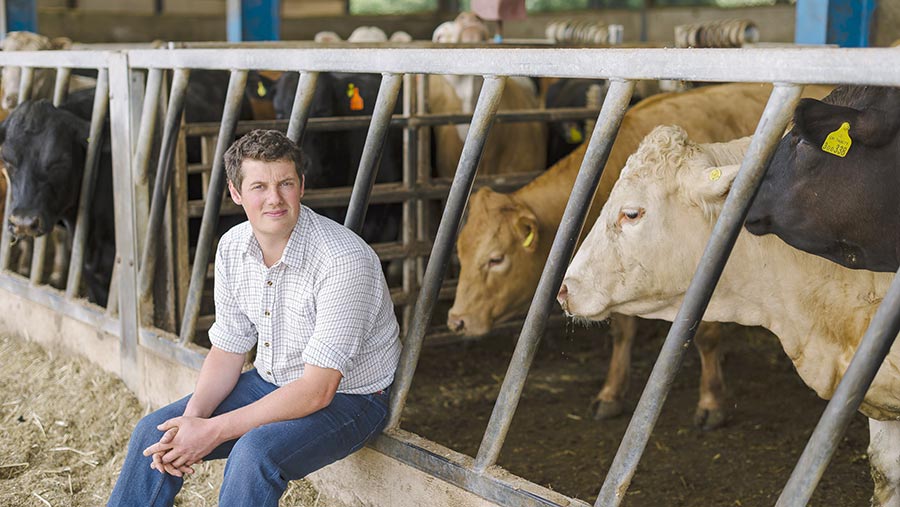 On the basis that in my last column I complained of an ill-timed drought and a week later we were rewarded with glorious rain, perhaps this one should be about depressed yields and then we will get bumper ones?

As an industry, we’re currently enjoying a relatively better finished beef price at long last after the most turbulent 12 months for some time.

The whole sector has breathed a sigh of relief and there’s a bit of confidence about. Far be it from me to pour pessimism on the situation, but what we are experiencing at the moment is a spike.

Cattle in Ireland are in short supply and UK beef is currently flavour of the month, thanks to some good marketing from processors and retailers.

So when Ireland fires up again we will see a decrease in price, but hopefully not like before which was below cost of production. We’re hopefully in for a settled few months. Let’s enjoy it while it lasts.

The NFU petition asking the UK government to ensure all food imports are produced to the same high standards as British farmers has, at the time of writing, gathered just over one million signatures.

A gargantuan effort from all involved and a big thanks to the marketing teams, celebrities and all those involved in getting it to this level. It’s really exciting that farming has been noticed for once.

So let’s not stop there. We have seen that over a million people will go to the effort of signing a petition, basically backing sustainable food production. That’s a million potential customers, along with their friends and families.

This could be built on, we’re going to enjoy a snowball effect as it gathers pace so please keep up the good work.

Now we have the support of some major celebrities who have spoken out about food production, in some cases for the first time, can we approach them to help the marketing of English produce on a more regular basis?

I hope there is a ‘what next?’ plan in place which can be rolled out to help add value to our food.

This exercise has taught us many lessons. People do care, the countryside and the people who work in it are held in high regard, the public are proud of eating sustainable food and, most of all, it seems increasingly they want to show off about it.

So let’s harness this and go head-to-head with imported food of a lesser standard.