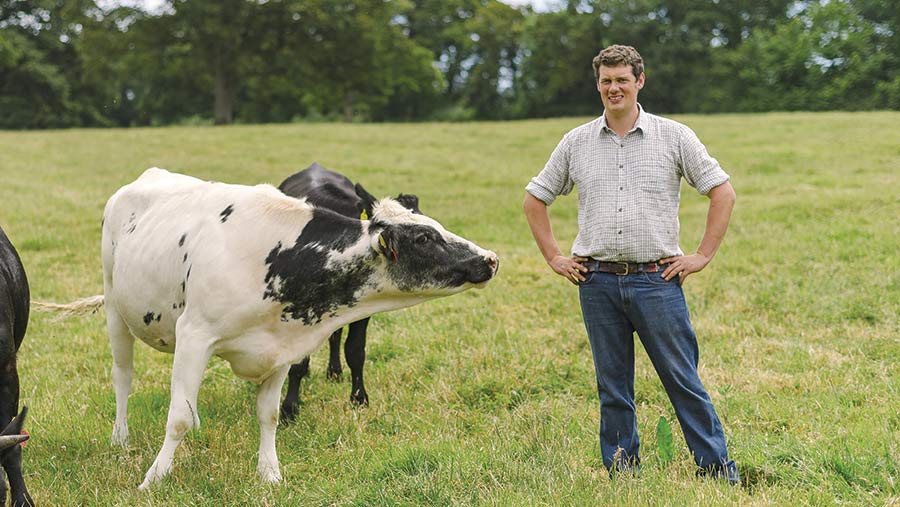 My opinion was confirmed by a flick back through photos on my phone and the sparsely populated diary (that it was my New Year’s resolution to keep) which reminded me quite how much rain we started the year with.

Torrential downpours, swollen rivers, floods and drowned winter crops led to a catchy spring with odd ground conditions – and in some cases a real fight to get a seed-bed.

This was followed by scorching April heat and a drought. Then came some well-timed rain, although for many spring cereal crops this was too little too late.

So what have we got now? A mixed few weeks. I would even go as far as to say a balanced weather pattern, with sunshine and showers.

Grass growth has picked up noticeably and farmers on multi-cut silage systems are benefiting.

Cattle at grass are no longer looking at their owners with unbridled hatred, as they are now in fields with decent swards. This all sets us up well for a good late summer and early autumn. Fingers crossed.

We have also faced incredible peaks and troughs in beef and lamb prices, and of course coronavirus which no one could have predicted (apart from that weird book that everyone harped on about –The Eyes of Darkness by Dean Koontz).

One thing that is beginning to raise concern is the seemingly bottomless pot of money that the government has found down the back of the sofa. We are being encouraged to spend like never before.

Stamp duty reduced, planning laws relaxed, public sector worker pay rises, very low interest rates… We’re even being offered a voucher giving up to 50% off meals out in some restaurants, cafés and pubs at certain times in August.

If someone had told me a year ago that the government was going to subsidise us going to the pub, I would have thought they had just come from a long session in their local!

After reviewing the first part of your farming year, you – like me – might feel that you’ve earned a meal out and a pint. So perhaps we should support our local pubs, which in turn are hopefully supporting their local food producers and breweries.

Besides, who knows what the remaining five months of 2020 will throw at us?