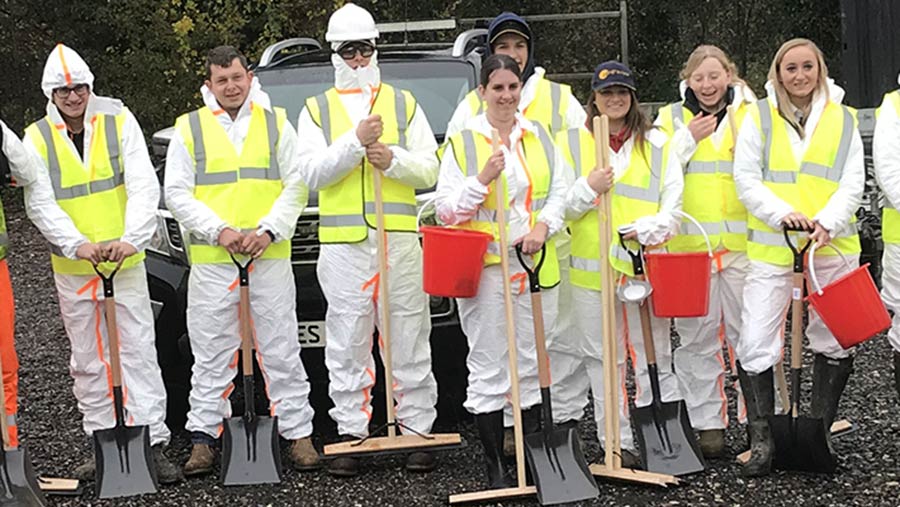 For the first time in its history, the Went Valley YFC winter rally didn’t go ahead. Instead, members donned waterproofs and shifted more than 60t of rubbish to help the flood-stricken residents of Fishlake.

Lewis Marshall, chairman of the Went Valley district club – which is made up of clubs in Doncaster, Pontefract and Selby – said members felt they couldn’t go ahead with a day of competitions and fun, while local residents were suffering as a result of the floods.

“What we’ve got is plenty of vehicles and trailers and strong young people,” said Lewis, whose mum cooked breakfast for the helpers in Sykehouse Village Hall, which had already been booked for the cancelled rally.

“We aren’t the biggest of clubs, but there were about 35 of us and we split into groups, going around collecting rubbish to fill multiple 14t skips and 15t bin lorries.

“We had all seen the pictures on the news but until you are actually there in real-life you have no idea of the devastation,” he said.

“There were fridges in fields, cars in ditches. It was very humbling to feel we’d made a difference. Facebook has been full of residents thanking us and the council has gone from being wary of us arriving, to being so grateful for all that we got done and the money we will have saved them.”

Lewis added that some of his young farmer members had been directly affected by the flooding. His family farm is about four miles from Fishlake.

“As farmers, we notice the Environment Agency failing to perform basic watercourse maintenance,” Lewis said. “Or if work is done, it follows European directives which have shifted away from dredging towards being more bothered about ecological status.

“Even some of our youngest members could talk knowledgeably about the importance of keeping ditches clear and dredging rivers. It’s infuriating that nobody listens to all the years of experience farmers have.”

Georgina Fort, chairman of the Yorkshire Federation of Young Farmers’ Clubs, praised the efforts of the volunteers.

“We were all devastated to see on the news the damage the rainfall has done to South Yorkshire,” she said. “Farming has been hit hard by the weather once again.

“In true farming spirit, the area is pulling together and it is tremendous to see that YFC members put others first, and cancelled plans for their winter rally and got together to help those that needed help.”

Young farmers won national praise earlier in the year when they helped with the clear-up after the floods in the Yorkshire Dales.