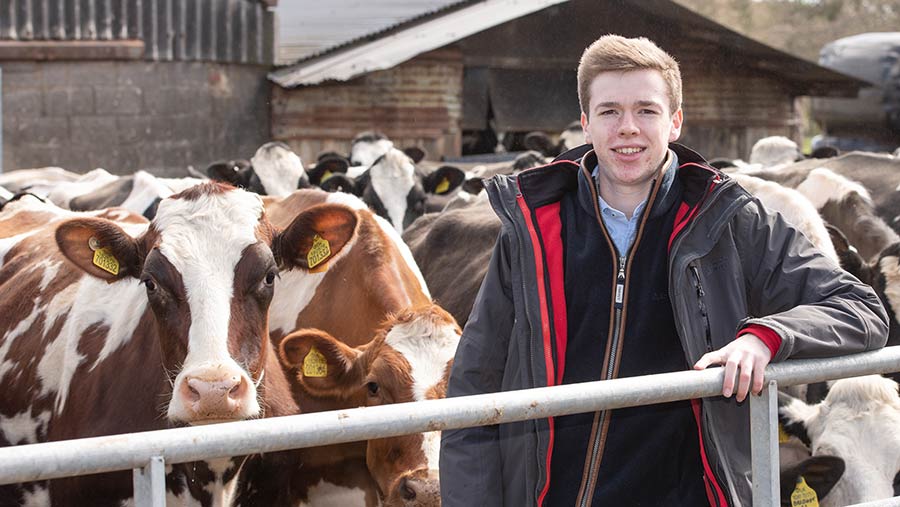 Josh Dowbiggin, a former FW Ag Student of the Year, was part of the campaign in 2018 © John Eveson

Farmers have the chance to star as one of the faces of an advertising campaign run by Love British Food, the organisation which spearheads British Food Fortnight.

In a campaign running until this Sunday (6 October), Love British Food is calling on farmers to submit photos of themselves, which will be turned into “British Food is Great” ads to be made available as downloadable posters and promotional material for sharing on social media.

“We love the celebrity chef,” she said. “They have done a superb job introducing us to delicious food and recipes and encouraging us to question where our food comes from.

“Now we need to point the spotlight on the farmers and food producers who work 24/7 to bring us delicious British food.

“Whatever the outcome of Brexit, British food needs promoting and, like all brands, it needs a national advertising campaign.”

The organisers are encouraging people to share the ads, which will be made available to download on the Love British Food website, on social media channels including #BritishFoodisGreat, and put up the posters in shops, offices, schools, village halls and petrol stations.

To make your bid for fame as one of the faces of British food, simply email a high-resolution photo of yourself to jane@lovebritishfood.co.uk, with your name, a bit about what you do, and where you’re from.