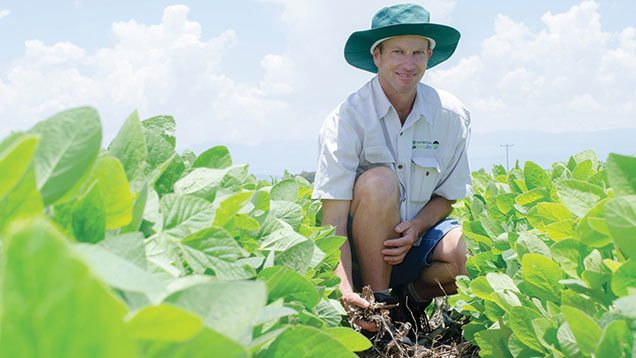 A few years ago carbon credits were all the rage and were going to save the planet from global warming.

The idea was that some big industry somewhere in the developed world could increase the amount of greenhouse gasses they spew into the atmosphere as long as there was another entity, somewhere else in the world, sequestrating carbon dioxide from the atmosphere.

The greenhouse gas emitter would then have to pay the carbon capturer for their trouble via some carbon trading exchange.

I was very excited when I learned that no-till was deemed to be a carbon capturing system and that one could sell those carbon credits. My father started to dabble with no-till in the mid-1980s and by the mid-1990s the entire farm was virtually continuously no-tilled.

My carbon credit excitement was shortlived, however, when I discovered that my no-till cultivation didn’t count as my fields were existing no-till fields. In order to qualify you had to change over to a carbon sequestrating system, rather than simply maintain an existing system.

Not only that, but there is also a quite rigorous accreditation process. Individual farmers have to form large groups and commit to not release this carbon back into the atmosphere, either intentionally by tilling or accidentally through fire.

I quickly realised these carbon credits were not going to pay and decided to continue with my no-till.

More recently I have added cover crops to my fields during the dry winter fallow period.

Currently I am harvesting our summer crops and getting some surprisingly good yields. We experienced a dry and hot summer, with only 60% of our average annual rainfall and temperatures way in excess of average.

My maize yield is only about 15% down on last year, which incidentally was my best season ever.

So while I can’t profit from the official carbon credit system, no-till and cover crops are increasing the organic carbon content of my soil. My own “carbon credits” are paying me handsomely through increased yield.

Bruce farms in Kwa-Zulu Natal, South Africa. He plants 320ha rain-fed summer crops. He also runs 2,200 weaner oxen on pastures, finishing them in a feedlot with maize grown on the farm.