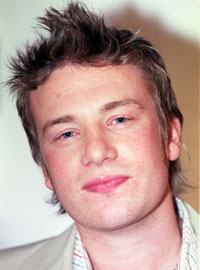 The long-awaited programme about the plight of the British pig industry, Jamie Saves Our Bacon, screened on 29 Jan on Channel 4 at 9pm.

The programme was wholly supportive of the British pig industry and, as such, has been well-received by farmers.

Read the contents of the box below to see what other farmers said about the content of the episode as it was shown. This facility has now closed but you can still add a comment to the forums.

Comments so far include:

“I thought that C4 and Jamie Oliver did a great job and it will be interesting to see what the viewing figures are. I liked the part when he asked the public to pick out five British items from a great stack of meat on a table and that man picked Wiltshire bacon only to discover that it was actually from the EU. He was really angry and rightly so.” AK

“Well done Jamie and Hugh and all you lot of chefs. You are doing what the Politicians should have done long ago. (And we pay the politicians to do it).” Peter Wells

“It has been very balanced and informative – brilliant piece of PR and telly. Labelling has long been an issue for all sectors of meat, not just pork.” Ross Symons

“We have been campaining for ages about this sort of stuff but we just don’t get enough publicity. Hopefully, this programme will bring the matter to the public attention and make it not just farmers who actively seek change.” Scottishpig

You can read more comments in the box below (click on the replay button) and on the forums.