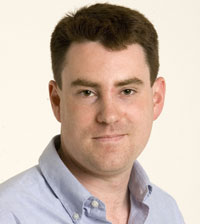 Become a farming landowner from just £25,000

A new investment fund is offering people the chance to invest in UK farming from as little as £25,000, rather than the hundreds of thousands or even millions that land ownership usually requires.

The Farm Fund, which is seeking to raise £15m, will give investors the chance to own a farm or just part of one, allowing those that have always dreamed of “being a landowner” the chance to realise that dream, at least in part.

They would get to enjoy some of the activities associated with land ownership, such as shooting, and gain access to farm activities. All the land would be managed by the fund’s own staff, or a farmers where the fund had bought a stake.

Director Jonathan Naughton said the fund would focus on active management of farm assets rather than looking for short-term gains in land values. He said the fund could benefit farmers whose businesses were under pressure by offering a chance to release some equity in their holding and carry on farming, potentially helping them avoid a total sale of their assets.

The Farm Fund is working with Smiths Gore to identify potential vendors and partners.

Some good Lincolnshire loam comes to the early 2009 market

Brown & Co’s Ken Pritchard is selling 128 acres of land at Waddingham, near Brigg in Lincolnshire, in three blocks. The land is grade 2 and 3 and ranges from fine to coarse loams supporting cereals, oilseeds and roots. A further 12 acres with a five-bay steel portal grain store adjacent to the principal lot is also available in a separate sale.